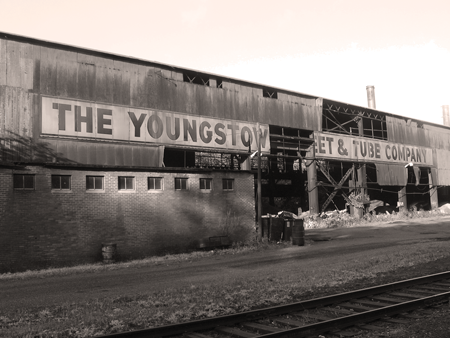 The Youngstown Sheet & Tube Co. in Ohio was one of many steel mills seized under President Truman’s Executive Order 10340. Wikimedia Commons.

Shortly after 6 p.m. on April 26, 1944, a platoon of 30 soldiers from nearby Camp Skokie marched into the Chicago headquarters of Montgomery Ward & Co. Armed with rifles and an executive order signed by President Franklin D. Roosevelt, the soldiers were there to enforce a federal takeover of operations at the mail-order company. Its management had ignored an order by the National War Labor Board to recognize a department store union whose 12,000 members were on strike.

The first half of the 20th century was marked by two world wars and the Great Depression, and such government seizures of private companies—even whole industries—were not uncommon. Broadly tolerated and sometimes specifically authorized by Congress, takeovers were regarded as a matter of public necessity in a time of war. Most involved labor disputes that might affect the production of military goods or the processing of vital energy resources. And while their legal authority remained vague, successive administrations seized electric plants, water supplies, dams, coal mines and munitions factories. 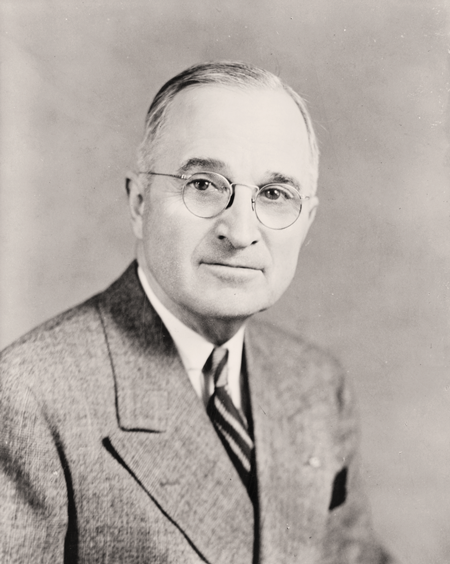 Harry Truman. Photograph Courtesy of the Library of Congress.

But Montgomery Ward was none of these. The company sold sewing machines and refrigerators—not war materiel. Moreover, Roosevelt’s executive order cited no conclusive legal authority; and after his death one year later, President Harry S. Truman quietly ceded company operations back to management.

When the wars ended, a crippling string of labor strikes provoked a change in political climate and a Republican takeover of Congress. Over Truman’s veto, Congress passed the Taft-Hartley Act of 1947, resetting the limits of labor disputes and redefining the government’s capability to respond. Truman regarded the law as a challenge to presidential authority. In 1952, the threat of a strike by steelworkers provoked an overdue clash about the limits of executive power.

In November 1951, as the Korean War raged, steelworkers sought a new contract with the domestic industry. The industry, in turn, sought government approval for steep price increases, ostensibly to pay for new labor costs. When the Office of Price Stabilization pared back its demands as opportunistic, labor talks stalled. On April 8, 1952, hours before a strike was to begin, Truman issued Executive Order 10340, directing Secretary of Commerce Charles Sawyer to seize control of the nation’s steel production, including the Youngstown Sheet & Tube Co. and other steel mills.

The companies sought a restraining order, arguing a government-imposed wage scale would cause irreparable economic harm. Instead of answering their charge, the government pressed the issue of constitutional authority. Before an astonished federal judge, lawyers argued that a president has unlimited power in a national crisis and the power to define that crisis. That executive authority had been ratified, they said, by decades of judicial silence on the matter.

Both sides sought review by the U.S. Supreme Court. Recognizing the urgency, the court issued a 6-3 ruling against the Truman administration in Youngstown Sheet & Tube Co. v. Sawyer three weeks after the oral argument. Justice Hugo Black wrote for the majority, but it was Justice Robert H. Jackson—a former attorney general—who defined the undulations of presidential authority.

Jackson was a close legal adviser to Roosevelt and knew firsthand about the power of the office in the hands of a charismatic leader. His concurrence described a presidential power that waxes and wanes in deference to a Congress willing to assert itself, and he expressed respect for constitutional limits placed by the founders.

“They knew what emergencies were, knew the pressures they engender for authoritative action, knew too how they afford a ready pretext for usurpation. We may also suspect that they suspected that emergency powers would tend to kindle emergencies,” Jackson wrote.