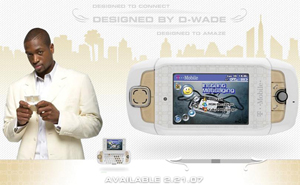 As law firm layoffs continue and corporate legal work lags, some advertising, marketing and promotions attorneys haven’t had any trouble keeping busy—thanks to the increased popularity of social networking websites and the proliferation of user-generated content on the Web.

Winston & Strawn’s 10-attorney group in Chicago fields daily calls from many of the 200 brand owners and advertising agencies it represents that want to target the expansive base of users on sites like Facebook, YouTube and Twitter as cheaper alternatives to costly television and print campaigns.

Associate Marc Trachtenberg says that in 2009 the group was busier than in ’08. “We could work 24 hours a day if we wanted to.”

“Companies are realizing they don’t have $2 million to spend on an advertising campaign,” Trachtenberg says, “but they do have $50,000 to spend on an Internet sweepstakes, which they can highly promote through various channels and advertising networks.” Internet marketing via social media platforms also allows advertisers to directly engage customers.

Although user-generated content is less expensive, rapid shifts in technology and constant regulation changes from the Federal Communications Commission and other federal and state agencies can make utilizing it thorny for clients.

“Clearly there has been an expansion in the field with mobile technology and social media,” says Ed Kabak, chief legal officer of the Promotion Marketing Association in New York City. “This brings a lot of legal questions regarding privacy, copyright and trademark issues.”

As brands seize on the new media channels and incorporate citizen bloggers and Internet message boards into their advertising proposals, the relationship between advertiser and consumer can become difficult to identify. So can the rules governing them.

Additionally, many companies are unsure of how to self-regulate Internet campaigns and interactions with third parties on the Web.

“A lot of clients still don’t have social media policies,” says partner Brian Heidelberger. “And those that do are sometimes unrealistic about them, don’t properly vet them through their entire organizations and consumers, or don’t think them through.”

“Ten years ago you wouldn’t have seen a world-famous rapper create his own vodka. If you had said that, people would have laughed at you,” adds Trachtenberg, referring to hip-hop impresario Sean Combs’ project with the Cîroc brand of vodka. “Now, you don’t think twice about it.”

The explosion of mobile phone apps presents the latest challenge to the group, and it will continue to expand, Heidelberger predicts. And as the battle for consumer attention and dollars pushes clients to more aggressive marketing tactics, he expects even more client phone calls.