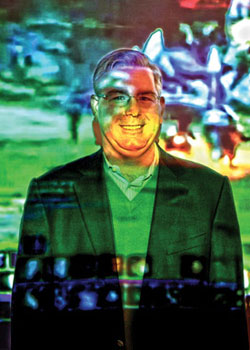 The virtual worlds of video games are creating some real-life problems—and court action—for owners of trademarks.

In some virtual worlds, players generate their own content for virtual prizes. And like the real world, their avatars prefer Nike, Gucci and Ferrari, camping in corner offices equipped with Herman Miller’s Aeron chairs.

But some trademark holders aren’t amused.

Last year Taser sued the creators of Second Life in federal district court in Phoenix. In Second Life, players can accumulate—or even buy—a virtual currency called “Linden dollars,” which they can use to purchase virtual products. Taser claimed that Linden Labs had damaged the company’s reputation and hurt sales by allowing virtual Taser stun guns to be sold in their Second Life world. Taser dropped the case when Linden removed the stunners.

But intellectual property attorneys who advise clients on virtual world issues say trademark holders need to keep up with virtual reality to protect their trademarks.

“You have to monitor what’s out there to make sure it’s not harmful to the brand or to goodwill associated with the brand,” says Dyan Finguerra-DuCharme, an intellectual property lawyer with White & Case in New York City. “Linden has an agreement that users agree not to infringe on others’ intellectual property, and it contains a mechanism so a brand owner can report an infringement.”

But that does not have to involve a lawsuit.

In the case of Herman Miller, says Finguerra-DuCharme, the company allowed Linden Labs to continue using the Aeron name, so long as virtual customers were charged a virtual premium price for their virtual premium chairs.

“The issue often comes down to ‘Is there a use in commerce?’ In cases with no money tie, fair use is a defense,” Finguerra-DuCharme says. But some IP lawyers say holders must always be proactive in protecting their marks.

“If a third party comes up later on and uses your brand in a way you don’t authorize, you want to be able to stop them,” says Sean Kane, a partner at Pillsbury Winthrop Shaw Pittman in New York City and chair of the Virtual Worlds and Multi-User Online Games Committee, part of the ABA’s Section of Science & Technology Law. “It’s difficult to stop the misuse of a brand if you haven’t been diligent in going after other misuses of it. The longer you let it go, the tougher it is to enforce it.”

Maintaining the integrity of trademarks is part of the opportunity opened by online communities, says Steven Mitby, an IP lawyer with Ahmad, Zavitsanos & Anaipakos in Houston.

“As online communities grow, the virtual world presents an opportunity to expand brand recognition and sales. To maintain a trademark under the federal Lanham Act and state common law, you have to enforce it against infringers, and do so consistently.

“Tolerating unauthorized exploitation of your brand in a virtual world has the potential to dilute—and ultimately prevent you from enforcing—your trademark in the real world,” says Mitby, “where much higher dollars are at stake.”