What's an Error in Language? 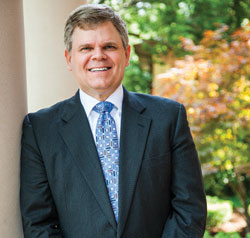 What constitutes a language error? Interesting question—and one that lawyers, as professional rhetoricians, should have a keen interest in. It plunges us straightaway (should that be straightway?) into the middle of what the late David Foster Wallace, in his collection of essays Consider the Lobster (2006), called “the seamy underbelly of U.S. lexicography [involving] ideological strife and controversy and intrigue and nastiness and fervor.”

One of Foster’s essays was a very long (95-page) review of Garner’s Modern American Usage. Wallace took my side of the debate against certain linguists who insist that native speakers of English cannot make a mistake. So in their view, I done it cannot be disapproved. Nor any other barbarism, from between you and I to *They wasn’t there.

(In the best linguistic tradition, I preface errors with an asterisk—precisely to note that they’re wrong.)

In the legal world, as in the world of affairs generally, any serious departure from “Standard English” (or what Wallace called “Standard Written English”) constitutes an “error.” What’s a serious departure? Well, that’s complicated. My 1,000-plus-page GMAU documents seriousness word by word and phrase by phrase. But to a traditionalist (a supporter of Standard Written English), there decidedly is an answer to the question “What’s an error?”

Before I discourse more on that tricky point, let me dispel the idea that I set up and knock down straw men (even the most gender-neutral writer can’t insist on straw people). The ABA Journal editors have allowed me here to depart from our usual style by using a few endnotes to document my sources. So let’s consider some bizarreries among modern linguists’ doctrines.

1) The bizarre notion that a native speaker of English can’t make a mistake. It’s rather like saying that a lifelong golfer or tennis player can’t hit the ball out of bounds. But we know otherwise. Have I made up a charge against linguists? No. In GMAU (page xlviii), I cite a linguist from 1950, Robert A. Hall Jr., as famously saying: “There is no such thing as good and bad (or correct and incorrect, grammatical and ungrammatical, right and wrong) in language. … A dictionary or grammar is not as good an authority for your speech as the way you yourself speak.” [1]

You might think that these authors are anomalous. No. In 1995, the linguist Deborah Cameron wrote: “Most linguists believe … that the characterization of nonstandard English as ‘incorrect’ or ‘bad’ English is arbitrary and mistaken, and that prescriptions or judgments based on this characterization are therefore illogical and unjust.” [5] And in 2003, the linguist Donna Jo Napoli wrote: “When we consider variation in language, we must give up the idea of errors.” [6]

Inflammatory words. You can see what Wallace meant by “strife and controversy and intrigue and nastiness and fervor.” Guidance about good English gets equated with genital mutilations.

Perhaps some believe that Pinker “done real good” with that comparison, but I think he made a mistake by blessing all solecisms as instinctively correct.

What do the linguists say about real good? “The person who reacts violently to real good, standard in some American spoken dialects, may not know that … you cannot rely on either past usage or logic to determine present usage.” [9] That statement was by two linguists writing in 1966. There’s a long tradition of the dogma that native speakers can do no linguistic wrong. That’s a well-acknowledged fact. [10]

2) The bizarre notion that all linguistic change must be embraced. Although traditionalists (supporters of Standard Written English) acknowledge that language always changes, they reserve the right to object to certain changes. They rather enjoy registering their disapproval of statements such as this: “If the community *had of been *strickened, they *would of *redounded.” Sorry, but that’s not literate. Not today, and we hope not tomorrow.

But many linguists hold that objections are baseless, even retrograde. Here’s one of them writing in 1981: “It is a widely held view in our society, or has been until recently, that linguistic change necessarily involves a debasement or corruption of the language. This view is indefensible. All languages are subject to change. This is a matter of empirical fact.” [11] That last part is right: Language will change. But that’s not the same as saying we must welcome all changes, many of which begin as errors.

In perhaps the most telling comment of all, the linguist Donald J. Lloyd told traditionalists to accept all change in a way that is allusively objectionable as a callous admonition: “There is no point in tiresome carping about usage; the best thing is to relax and enjoy it.” [12]

So you see, I’m not making this stuff up.

In the celebrated preface to his 1755 Dictionary of the English Language, the incomparable Samuel Johnson asked what we are to do with “the changes that we fear to be irresistible.” His answer: “We retard what we cannot repel, [and] we palliate what we cannot cure.”

What’s important, in every era, is that the linguistic conservatives be well-informed. They must know something of their language’s history and reject baseless superstitions (such as those about sentence-starting conjunctions and sentence-ending prepositions—and if you think these aren’t superstitions, look at any reputable usage guide written in the past century).

The more temperate linguists have acknowledged the value of opposing certain linguistic changes. The language historian G.L. Brook, for example, wrote in 1958: “Some current developments seem to interfere with the efficiency of the language, and it is reasonable to resist them.” [13] And as recently as 1981, the two noted linguists Dwight Bolinger and Donald A. Sears stated: “Conservative speakers in every culture feel called upon to defend the bastions of purity and propriety—just as well, perhaps, because too much change within a lifetime could interfere with communication. As long as old and young have to live together, the checks are as important as the changes.” [14]

So if you dislike hearing like every 10th word in the speech of your younger employees, say so. Register your disapproval. Maybe they’ll curtail their bad habit (at least in the workplace).

3) The idea that grammar shouldn’t be part of American schooling. Have you ever wondered why grammar fell out of the curriculum of American schools? The answer relates directly to the influence of linguists. An obscure but excellent book by the English professor Harry Warfel, Who Killed Grammar? (1950), gives an elaborate, blow-by-blow account. It’s been recounted again and again. Here’s a 1964 explanation: “Let us take note of [the] main reasons for the linguist’s disparaging attitude toward school grammar. … The schoolteacher is charged with being prescriptive rather than descriptive, fighting a pointless battle to maintain archaic speech forms in the face of the inevitable and natural language change.” [15]

Under this view, it becomes impossible to teach normative principles because “every utterance one produces naturally in his native tongue represents behavior patterns that ‘fit in’ somewhere.” [16]

The old-fashioned English teacher, often called Mrs. Grundy, has been cast as a supreme villain: “In the ‘bad old days,’ … pinch-faced champions of ‘literacy’ forced gobs of questionable prescription down adolescent throats.” [17]

And of course, it all goes back to the original dogma, which reeks of Dr. Pangloss’ view that we live in the best of all possible worlds: “In language, what is used is right—and has to be.” [18]

The damage has been done. But things are changing—marginally. Increasingly, linguists have begun to realize the indefensibility of their earlier extreme positions—and they’ve started embracing the traditionalists’ view as if that had been their approach all along. Pinker did as much in a recent online article in Slate. He writes: “Rules of proper usage are tacit conventions. Conventions are unstated agreements within a community to abide by a single way of doing things—not because there is any inherent advantage to the choice, but because there is an advantage to everyone making the same choice. Standardized weights and measures, electrical voltages and cables, computer file formats, the Gregorian calendar and paper currency are familiar examples. The conventions of written prose represent a similar kind of standardization.” [19]

At perhaps the height of irony in our topsy-turvy world, the same Pinker who once likened prescriptive rules to genital mutilations was appointed chair of the usage panel for the fifth edition of The American Heritage Dictionary of the English Language (2011). So he has become a guardian of the language. At least he has modified his views, tacitly acknowledging Wallace’s and my and others’ criticism of his earlier untenable views.

But of course it’s all tacit.

In his new role as chair of the American Heritage usage panel, Pinker now says that it’s “well worth preserving” the standard, traditional uses of enervate, flaunt, fortuitous, fulsome, reticent, tortuous and untenable. [20] Bully for him. He says it’s “almost a miracle” that we continue to distinguish affect from effect, forebear from forbear, and the conjugation lie/lay/lain—and equally miraculous that English speakers preserve the original senses of disinterested and enormity. He calls these “costly signals,” advertising that “care has been invested into one’s choice of words, commending the writer as someone to whom precision matters.”

This is a most welcome flip-flop.

So what constitutes a language error? Again, it’s any serious departure from Standard English. Here are some typical examples:

*I couldn’t hardly for (correct) I could hardly.

*They have ate lunch for (correct) They have eaten lunch.

*There is reasons for (correct) There are reasons.

*Me and my friend are going for (correct) My friend and I are going.

For the rest, I leave you, dear literate reader, to judge. If in doubt, you might consult Fowler’s Modern English Usage, Partridge’s Usage and Abusage, Bernstein’s The Careful Writer, Amis’ The King’s English or my own GMAU. (The American Heritage isn’t bad.) But please don’t be alarmed if we use the words wrong, incorrect, error, mistake or even blunder. We do so because native speakers aren’t infallible.

[3] Id. at 121. Cf. John Algeo, “American English Grammar in the Twentieth Century” in English Traditional Grammars: An International Perspective 113, 122 (Gerhard Leitner ed., 1991) (“Common notions of ‘correct’ language are irrelevant to linguistic analysis; whatever a native speaker says is a valid text for analysis because native speakers do not make ‘mistakes’ (in the common sense of that term).”).

[10] See, e.g., Charles A. Ferguson, “Comment on the Paper by Bickerton” in Language Universals and Second Language Acquisition 159, 164 (William E. Rutherford ed., 1984) (“During the period of American structuralism, a myth became well-established that the native speaker cannot make a mistake.”).

[17] Robert J. Connors, “Grammar in American College Composition: An Historical Overview” in The Territory of Language 3 (Donald A. McQuade ed., 1986).

Bryan A. Garner (@BryanAGarner) is the president of LawProse Inc. (lawprose.org). He is the author of Making Your Case: The Art of Persuading Judges (with Justice Antonin Scalia), Garner’s Dictionary of Legal Usage and Garner’s Modern American Usage. He is the editor-in-chief of all current editions of Black’s Law Dictionary.