Who's afraid of cybercrime? 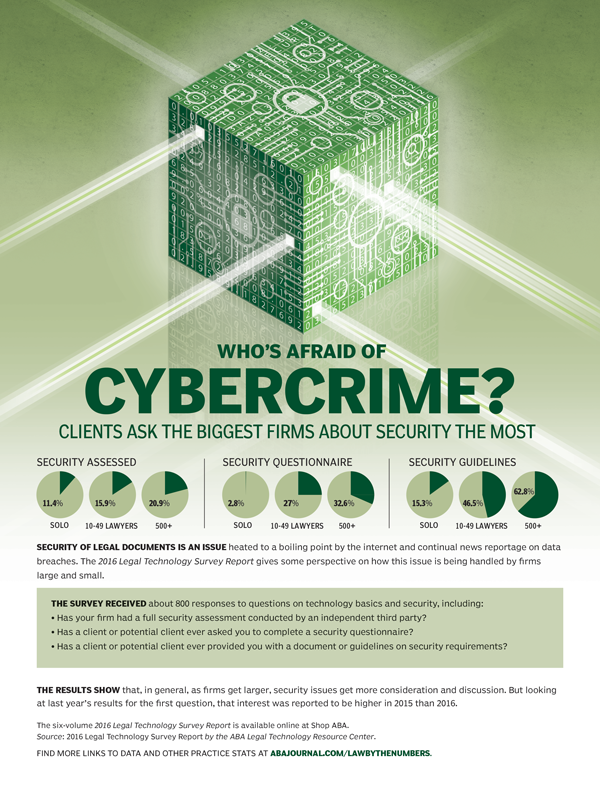 Security of legal documents is an issue heated to a boiling point by the internet and continual news reportage on data breaches. The 2016 Legal Technology Survey Report gives some perspective on how this issue is being handled by ﬁrms large and small.

The survey received about 800 responses to questions on technology basics and security, including:

The results show that, in general, as ﬁrms get larger, security issues get more consideration and discussion. But looking at last year’s results for the ﬁrst question, that interest was reported to be higher in 2015 than 2016.

This article originally appeared in the November 2016 issue of the ABA Journal with this headline: “Who’s Afraid of Cybercrime? Clients ask the biggest firms about security the most.”

Find more links to data and other practice stats at abajournal.com/lawbythenumbers.