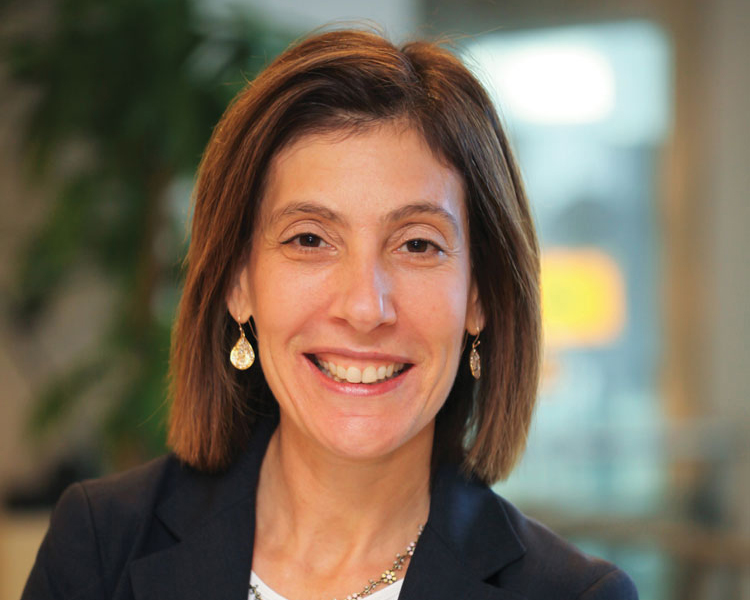 Lisa Blatt: “You have to be not just fearless but aggressive.” Photo by Arnold & Porter Kaye Scholer.

In this year’s popular documentary RBG, Justice Ruth Bader Ginsburg reflects on, among other things, her years during the 1970s as an oral advocate before the Supreme Court, where she won five of the six cases she argued as a champion of women’s rights.

“I did see myself as kind of a kindergarten teacher in those days because the judges didn’t think sex discrimination existed,” Ginsburg reflects in the film, which includes audio clips of sexist and patronizing comments by members of the then all-male court.

There has been change, of course, with four women having been appointed to the court, three of them serving together now. And female advocates at oral argument are not the rarities they were when Ginsburg last appeared in 1978.

However, Justices Ginsburg, Sonia Sotomayor, Elena Kagan and their male colleagues saw fewer women arguing before them in the 2017-18 term, and the fewest to participate in oral argument in at least seven years.

During the recently completed term, there were 19 appearances at oral argument by women, or about 12 percent of the total 163 appearances, according to statistics kept by Kedar Bhatia for SCOTUSblog. (There were 113 different advocates who argued for parties or amici in the 63 argued cases, with several lawyers appearing more than once.)

The 12 percent figure was a steep drop from the previous term (2016-17), when 21 percent of appearances at oral argument were by women. In the previous five years to that term, the participation rate for women ranged from a low of 15 percent to a high of 19 percent.

“The thing that’s most disturbing to me is the consistency in the data,” says Jennifer Crystal Mika, an adjunct professor at American University’s Washington College of Law in the nation’s capital, who has studied the issue of female advocates before the high court. “There has never been much more than 20 percent female advocates over the last 20 years.”

It’s a bit of an old story to some prominent female Supreme Court advocates, but one even they admit is worthy of continued discussion.

“I would have thought this would have been fixed by now,” says Lisa S. Blatt, a partner with Arnold & Porter Kaye Scholer who has argued 35 cases—more than any other woman—before the Supreme Court.

In 2010, in the Green Bag online law journal, Blatt wrote an article about arguing before the justices in which she observed that men of the elite Supreme Court bar are more likely than women to represent corporate clients, while “the women I see arguing before the court are public interest lawyers, public defenders represent[ing] the criminally convicted or government lawyers. Translation: Women are doing the same work but for less pay.”

Today, Blatt holds to her view that one reason men have maintained a stronghold on oral advocacy is that the courtroom is a battlefield where verbal jousting and sparring with the justices is rewarded.

“You have to be not just fearless but aggressive,” she says.

This article was published in the August 2018 ABA Journal magazine with the title "Lost Ground: The number of women arguing before the court has fallen off steeply."