'You can't calm directors by telling them it's all going to be OK.' 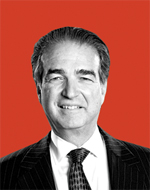 On Saturday, Sept. 6, directors of Fannie Mae were given a choice: Consent to a takeover by the newly created Federal Housing Finance Agency—or don’t.

“The alternative was, if the board didn’t consent to the conservator tak­ing over the company, the com­pany would be taken over without consent,” says Robert D. Joffe, who represents the mortgage giant’s independent directors. Regulators also told the board of the Fed­eral National Mortgage Association that if it did not consent, shareholders would be worse off.

The day before, there had been reports that the federal government was planning to seize Fannie Mae and its sister company, the Federal Home Loan Mortgage Corp., which is more commonly known as Freddie Mac.

Joffe, a partner at Cravath, Swaine & Moore in New York City, spent that Friday night preparing for the meeting.

“I reviewed the company’s financial situation as best as I could and reviewed the legislation the gov­ernment was acting under to assure myself they had the power they said they did,” he says.

After about five hours of sleep, Joffe caught the Acela Express at Penn Station and headed toward Washing­ton, D.C. It was raining, and he thought the train would be more reliable than air travel. Weather was not on his side that weekend, and even the train was delayed by 30 minutes.

The first meeting included government officials, and only one outside lawyer per client could attend. That was followed by a second meeting without the government. Fannie Mae directors consented to the takeover.

“You can’t calm directors by telling them it’s all going to be OK because sometimes it’s not going to be OK, as in everything will turn out well for the company,” says Joffe, a securities and antitrust litigator who in recent years has switched his practice to focus on representing boards of directors. “What you can tell directors is that if they pay attention to the law and live up to their fiduciary duties of loyalty and care, they personally are not going to be in peril.”

The next weekend, thinking he wasn’t needed, Joffe and his wife went to their weekend home in the Berkshires. Joffe also represents Merrill Lynch’s in­dependent directors; he was unaware that he was about to be involved in another historic Wall Street event.

On the morning of Sept. 13, a Saturday, Merrill Lynch’s chairman and chief executive officer, John Thain, contacted Bank of America leader Ken Lewis, according to Merrill Lynch’s Nov. 3 proxy statement. According to the filing, Thain told Lewis that given the “extremely distressed conditions in the financial services industry generally,” particularly the banking industry, a transaction between the two companies could be beneficial to both.

The two men met in New York that afternoon, according to the proxy statement. Thain proposed that Bank of America acquire a 9.9 percent equity stake in Merrill. That didn’t interest Bank of America. But it was interested in a business combination.

Given Lehman Brothers’ pending bankruptcy and deteriorating market conditions that weekend, both parties wanted to move quickly, according to the proxy statement.

“The discussions among Bank of America, Merrill Lynch and their management teams and advisers, as well as their due diligence investigations, continued throughout the night and into the next day and night,” the statement reads.

Joffe and his wife headed back to the city. She shared driving duties so he could focus on what was likely to happen and what he’d likely be asked. Joffe doesn’t recall it as a stressful ride and says it was nothing compared to the Berkshires drives he took when his four children were young.

The meeting was at Merrill’s headquarters in Midtown. After two hours, Merrill’s board accepted Bank of America’s offer of $50 billion in an all-stock transaction.

Speaking of the financial crisis generally, and stressing that he’s not referring specifically to Fannie Mae or Merrill Lynch, Joffe says people are looking for villains in recent events, but there may be none to be found.

“That’s not to say there aren’t undoubtedly some people at fault, but that tends to be overemphasized,” he says. “And often what you have is a lot of good people working very hard to do the right thing, and it doesn’t work out for their company.”