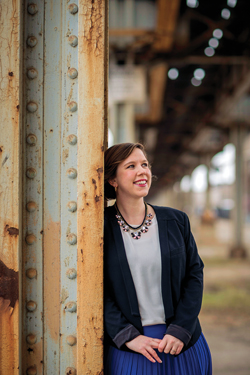 Like the incubators that help launch high-tech startups, law schools have been using the concept to jump-start the careers of young lawyers going into solo or small practices. It seems to be working.

The country’s first law school incubator, based at the City University of New York School of Law, has seen graduates like Yogi Patel establish solid practices a year or two after they leave the program.

“The incubator gave me the time to find my identity as a practitioner and get to the point where you are without fear that you won’t be able to pay the rent next month,” says Patel, who specializes in labor and employment law.

The CUNY incubator supports young lawyers by providing low-cost office space, mentors and networking opportunities in exchange for the lawyers providing free or low-cost legal services to those in need. Patel spent 18 months in the program, which helped him set up a small practice with an office in midtown Manhattan and a steady list of clients.

Not having the pressure of overhead costs allowed Patel to focus on building the business so that when he left the incubator, he already had some clients and income. One of the most valuable parts of being in the incubator program was meeting other lawyers at networking events.

“It takes two or three years before these relationships turn into real work,” he says. “It was scary the first year or two. We still feel we’re just getting started, and there’s still a lot to learn. It’s a continuum.”

Patel, who since has teamed up with a partner and formed Lloyd Patel, makes sure to continue networking. “I spend a significant part of every day in network meetings—breakfast, lunch or dinner,” he says. He also learned to be careful in choosing new clients. “When you start, you’re really desperate for any work you can get,” he says. “And you can have a tough time chasing clients for fees. People take advantage of the fact that you’re new.”

Fred Rooney, director of the International Justice Center for Postgraduate Development at Touro Law Center in Central Islip, New York, developed the first incubator at CUNY School of Law in 2007. There are now more than 30 similar programs around the country.

“It’s spreading like wildfire,” says Rooney, an ABA Journal Legal Rebel who has taken his concept international. “It’s an amazing movement that started with this little idea. And it helps lawyers get started by doing the right thing.”

Doing the right thing, as Rooney describes it, means providing legal service to those who normally cannot afford it. Bikram Singh, another graduate of the CUNY program, developed an unexpected niche from his experience assisting low-income clients.

“I had no idea housing would be my specialty,” he says. “The litigation experience you get in housing isn’t the same as in other cases. It moves quickly. We learn faster and gain a lot of skills.”

When he went solo, founding the Singh Law Firm in New York, there was still much to learn. “You’re still learning the law, learning how to charge and bill, and how to collect,” he says. “A friend said it would take two to three years to have a consistent flow and a decent salary, and he was absolutely right.”

Michelle Green was among the first to complete the incubator program at Chicago-Kent College of Law, which requires applicants to have a business plan. She had started a solo practice after graduation and worked from home specializing in small-business matters. She joined the incubator for a needed boost.

The incubator connected her with more small-business owners from whom she learned about a pressing need. “They said they wanted to build an ongoing relationship with an attorney,” she says, “but were not big enough to hire in-house counsel.”

So Green developed a package in which she would provide 10 hours of legal services each month at a set fee. It turned out to be a great fit, and she eventually began to build a bigger client base through the incubator.

Now her practice, G&G Law, has a small office on the north side of Chicago, two full-time employees and one part-timer.

“At the incubator I met a really good group of attorneys with solo and small practices,” she says. “I got a list of attorneys who I could refer matters to and call them with questions. I learned a lot that way and developed a client base. It really helped make me feel more confident.”

This article originally appeared in the February 2015 issue of the ABA Journal with this headline: “Out of the Egg: Young lawyers take flight after incubator programs.”