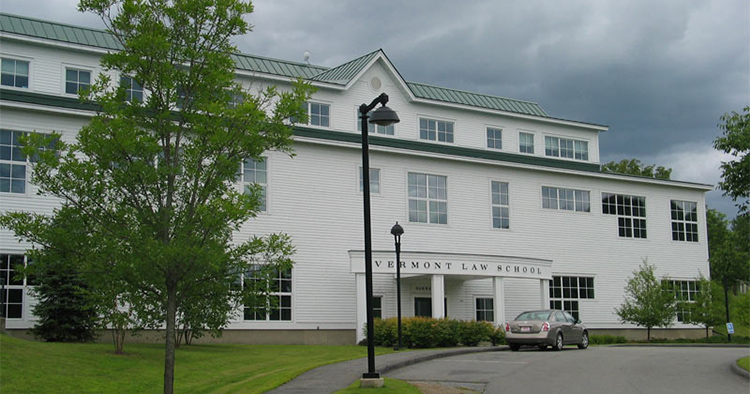 After being informed by the chair of Vermont Law School's retention committee that the school stripped 14 law professors of tenure, the American Association of University Professors has questioned whether the school followed proper regulations.

In a June 19 letter sent to the school’s tenure and retention committee chair, the AAUP conceded that under “extraordinary circumstances because of financial exigencies,” law schools can terminate faculty appointments for reasons other than adequate cause. However, in such circumstances, the faculty, administration and governing board should together determine if financial exigencies exist, and faculty should have a “primary responsibility” in determining where the termination of appointments occur, as well as identifying criteria for the terminations, according to the letter.

AAUP’s recommended regulations are similar to the American Bar Association’s Model Rules of Professional Conduct in that schools can choose if they want to adopt them, says Gregory Scholtz, who directs the AAUP’s department of academic freedom, tenure and governance. According to the VT Digger article, Vermont Law School has adopted AAUP recommendations in its faculty handbook, and the school’s dean told the publication that it’s “compliant with all the relevant standards.”

Craig Pease, a Vermont Law professor who told the ABA Journal that he was stripped of tenure, says that the institution has not stated that it faces financial exigencies.

Teachout told the ABA Journal that faculty was not involved in deciding who would be stripped of tenure, other than two tenured professors who are also part of the law school’s administration.

“Even if the faculty, administration, and governing board had together determined that a state of financial exigency … did exist, the process enacted for determining whose appointments have been terminated is still be unacceptable under principles of academic freedom and tenure. Indefinite tenure carries with it the presumption of competence,” states the letter, which was signed by Anita Levy, the organization’s senior program officer.

Thomas McHenry, Vermont Law School’s dean, would not confirm whether professors were stripped of tenure, saying that any arrangements made with faculty were subject to confidential agreements. McHenry, a former Gibson Dunn & Crutcher partner who became the law school’s dean in 2017, he describes the developments as “programmatic restructuring to put us in a better financial situation.”

Vermont Law is a private, stand-alone school that does not have a university system or a large endowment to help with expenses, McHenry told the ABA Journal. The law school laid off staff in 2013 after an enrollment decline, and in 2014 Moody’s Investors Service downgraded revenue bonds that led to the law school technically defaulting on a loan agreement with TD Bank, the Valley News reported last year.

Also, the law school in 2017 received a $17 million loan from the United States Department of Agriculture, which it used to lower the interest rate on existing debt, the VT Digger reports.

“Wherever you go through a restructuring process you want to make sure you preserve the absolute best and most important parts of the institution. I am very excited and my deans are very excited–we’re in much better financial position today than we were several months ago, and this gives us the flexibility to start planning going forward,” McHenry said, and the law school is “experiencing double digit increases” in enrollment over the last three years.

He also says that there “was a tremendous amount of consultation” with the law school’s faculty, board of trustees and staff.

According to Pease, faculty were consulted about possible options but had no role in deciding what would ultimately happen, or how the plan would be carried out.

Pease did not sign a no-suit or nondisclosure agreement with the law school, and last week an attorney on his behalf sent Vermont Law a letter demanding his job back, with tenure. According to Pease, the school has not responded, and it shut down his email account.

The AAUP letter states that faculty members stripped of tenure should receive at least one year of notice or severance salary. According to information Teachout shared with the ABA Journal, Vermont Law professors who lost tenure will receive salary at a new scale for six months in the fiscal year 2019, and medical benefits through Dec. 31.

In exchange, the professors must agree to a “full and mutual release of all claims,” the document states, and nondisclosure agreements, according to Teachout. Some professors who lost tenure were reportedly offered “distinguished lecturer” positions that pay $80,000 a year for teaching a minimum of four classes a year. Teachout says that would be a pay reduction of almost 50 percent for some professors, who’d be doing the same amount of work that they did with tenure.

The information Teachout shared with the ABA Journal includes communication from Donna E. Young, an Albany Law School professor who is a member of the AAUP’s academic freedom and tenure committee. Budget shortfalls among law schools are “becoming all too familiar,” she writes. “I fear that Vermont may be the first law school to obliterate tenure (and therefore academic freedom) and that others will try to follow its lead.”

Prior to the Great Recession, the AAUP recommendations regarding financial exigencies and tenure removals only applied to situations were a school’s future was at risk, says R. Craig Wood, a McGuireWoods partner who represents universities in employment disputes. In 2013, he said, the recommendation was “softened up” to cover financial situations that could be a threat to academic integrity.

“You do have a lot more schools that are fighting for survival, that will qualify under the new standard,” he says, noting that many law schools’ enrollments have dropped over the past decade, and may never return to what they once were.

However, he adds that it’s difficult for law school deans to recruit new students while arguing that they should be able to strip professors of tenure because of financial issues.

“I think a natural resistance to this remains. Once you do it, the message to your market is that you’re in trouble,” says Wood, adding that until 2008, universities didn’t think much about saving costs through cutting back on the number of tenured faculty.

“They just adopted AAUP standards and went out and operated,” says Wood, who is based in Virginia. “I think financial advisers will often say that you ought to look at tenure, because tenure as a concept is expensive and it makes it difficult for an institution to make changes.”

Sometimes deans don’t change tenure because they fear it will bring a no-confidence vote from faculty. While most deans want to avoid a no-confidence vote, it could mean nothing if the dean has full support from the school’s board of trustees, Wood says.

Also, it appears that Vermont Law may now only have five tenured law professors. In terms of ABA accreditation, Standard 405 requires that law schools have a system of tenure, but it does not specifically address the required scope of a tenure system.

“Because by its own words the requirement of a tenure system does not apply to all full-time faculty at a law school, there are a variety of approaches that might be sufficient to comply with Standard 405. In every case where a question of compliance might be raised, it will be up to the council to decide whether a specific school policy with respect to academic freedom and tenure, and the school’s practices under its policy, comply with what the standard demands,” Barry Currier, the ABA’s managing director of accreditation and legal education, told the ABA Journal in an email.