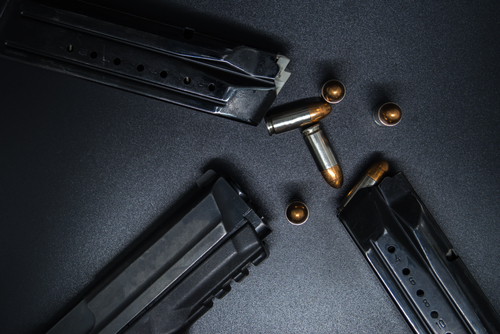 The 3rd U.S. Circuit Court of Appeals at Philadelphia ruled 2-1 that the ban does not violate the Second Amendment. The New Jersey Law Journal and Reuters have coverage, while How Appealing links to the opinion and the dissent.

The law “reasonably fits the state’s interest in public safety and does not unconstitutionally burden the Second Amendment’s right to self-defense in the home,” the appeals court said.

The appeals court also said the law’s exemption for retired law enforcement officers does not violate the equal protection clause. Nor is there a violation of the takings clause, the court said, because the law allows gun owners to retain modified magazines or to register firearms that have magazines that cannot be modified.

The decision affirms a federal judge’s refusal to grant an injunction banning enforcement of the law. Five other federal appeals courts have upheld similar laws, according to the New Jersey Law Journal.

New Jersey passed its law in June, making it the ninth state to ban large-capacity magazines. The other states are California, Colorado, Connecticut, Hawaii, Maryland, Massachusetts, New York and Vermont. Washington, D.C., also has a ban.

In her majority opinion, Circuit Judge Patty Shwartz cited “substantial evidence” that large-capacity magazines have been used in numerous mass shootings. Pausing to reload gives the victims a chance to flee and bystanders the chance to intervene, Shwartz said. A trained shooter can change a magazine in two to four seconds, but an inexperienced shooter may need eight to 10 seconds to reload.

From 2006 to 2015, mass shootings increased 160 percent over the prior decade, Shwartz said. The shootings have become more frequent and lethal, with double-digit fatalities reported four times in a one-year period.

Dissenting Circuit Judge Stephanos Bibas said the majority “substitutes anecdotes and armchair reasoning for the concrete proof that we demand for heightened scrutiny anywhere else.”

“The Second Amendment is an equal part of the Bill of Rights,” he wrote. “We may not water it down and balance it away based on our own sense of wise policy.”