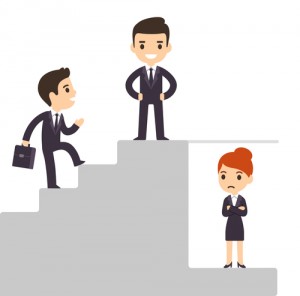 The 464 women who completed the survey provided the bar with 90 pages of anecdotes about bias and poor treatment, the Florida Bar News reports. The bar sent the survey to female members of its Young Lawyers Division.

Women reported being mistaken for court reporters, being “drunk dialed” by senior partners, being referred to as “blondie” and “little lady,” being punished for assertiveness, and being given fewer opportunities and less pay than males with similar experience.

• 43 percent said they had experienced gender bias in their careers.

• 40 percent said they had experienced insensitivity by their employer or supervisor.

• 37 percent said they had experienced lack of recognition of work-life balance.

• 17 percent said they had experienced harassment.

• 21 percent said they believed they were not being paid the same as their male counterparts.

Asked to explain those negative experiences, the respondents included these explanations:

• “Male associates, more junior than me, were sent to trial while I wasn’t even allowed to attend hearings on cases that I’d worked on. … [One] partner started almost every interaction with me by saying, ‘Now, don’t go calling the gender police on me.’ “

• “There are double standards as to who is obligated to be a good ‘firm citizen’ (meet and greets with clients, activities with the staff, volunteer projects). Male associates can avoid firm involvement and are rewarded with higher bonuses, bigger raises, and early advancement for doing so.”

• “I worked in a firm that believes that women are inferior to men. Period. If a woman argued with them, they were a bitch. If they didn’t argue with them, then they were weak. There was no opportunity for advancement. I do not work there now.”

• “It has often been assumed that I am a court reporter, and not an attorney, by opposing counsel. I’ve also been referred to by a judge in trial as my boss’s ‘assistant,’ when I was sitting with my client and my boss at counsel’s table.”

• “I’ve often been asked what are my child-care arrangements, the general health of my child, and if I have grandparents helping me with the child so that I could work late. I know for a fact that every position I have been qualified for but have been passed over for has been in favor of a male. … It is assumed that the male will work harder and longer and his child’s mother will take care of any issues.”

The president of the Florida Bar’s Young Lawyers Division, Gordon Glover, told the Florida Bar News that the results were “disheartening.” He said gender bias is “much more than just a young lawyer problem” and he hopes the results will raise awareness.