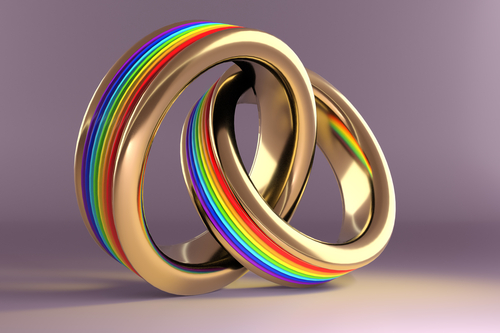 A federal appeals court on Friday reinstated a challenge to Minnesota’s anti-bias law by videographers who say they can’t be required to make same-sex wedding videos because it would violate their religious beliefs.

The St. Louis-based 8th U.S. Circuit Court of Appeals ruled that Carl and Angel Larsen, owners of Telescope Media Group, could pursue claims that the Minnesota law violated their rights to free exercise of religion and free speech. Law.com, Courthouse News Service and Law360 have coverage.

“Because the First Amendment allows the Larsens to choose when to speak and what to say, we reverse the dismissal of two of their claims,” the appeals court ruled in an opinion by Judge David Stras, an appointee of President Donald Trump.

The opinion follows the Supreme Court’s June 2018 decision Masterpiece Cakeshop v. Colorado Civil Rights Commission,which found that Colorado had violated the free exercise rights of a Christian baker by showing hostility to his explained religious reasons for refusing to bake a cake for a gay wedding. Masterpiece Cakeshop did not address the broader question of whether whether the baker’s religious beliefs could trump neutral laws that apply to everyone.

Minnesota is among about half the states in the nation that bar sexual-orientation discrimination in places of public accommodation.

The Larsens said in their lawsuit that they work with all people, but they decline requests for videos that would violate their religious beliefs. They want to begin making wedding videos, but making videos for same-sex couples would violate their religious belief that marriage is a lifelong institution between one man and one woman, their suit said.

The Larsens’ videos would communicate their ideas about marriage as a divinely ordained covenant, and they constitute speech protected by the First Amendment, the 8th Circuit said. “The complaint makes clear that the Larsens’ videos will not just be simple recordings, the product of planting a video camera at the end of the aisle and pressing record,” Stras wrote.

Stras warned of a slippery slope if Minnesota’s arguments were to succeed. In theory, his opinion said, the state could use its anti-bias law “to require a Muslim tattoo artist to inscribe ‘My religion is the only true religion’ on the body of a Christian if he or she would do the same for a fellow Muslim, or it could demand that an atheist musician perform at an evangelical church service.”

“In fact, if Minnesota were to do what other jurisdictions have done and declare political affiliation or ideology to be a protected characteristic, then it could force a Democratic speechwriter to provide the same services to a Republican, or it could require a professional entertainer to perform at rallies for both the Republican and Democratic candidates for the same office,” Stras wrote.

His opinion also said the Larsens could use their free-exercise concerns to reinforce their free-speech claims under a hybrid-rights doctrine.

Judge Jane Kelly, an appointee of President Barack Obama, dissented to the court’s decision to revive the First Amendment claims.

The majority decision “carves out an exception of staggering breadth” to public accommodations law, she said.

“It might be easy to conclude that some services are sufficiently similar to videography as to warrant the same treatment as the Larsens get today—photography, for example, or other forms of visual art,” Kelly wrote.

“But what about bakers, fashion designers, florists, graphic designers, tattoo artists, calligraphers, jewelers, chefs, tailors or musicians? Are all of those businesses allowed to refuse service to gays and lesbians whenever doing so would conflict with the business owner’s personal religious or philosophical beliefs? What about more traditional public accommodations, like hotels? Can an innkeeper deny a same-sex couple access to the honeymoon suite because handing over the keys would ‘express’ an endorsement of their marriage?” Kelly wrote.

The Larsens were represented by senior counsel Jeremy Tedesco of Alliance Defending Freedom, who called the 8th Circuit decision “a significant win” in a press release.