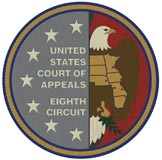 Janus was decided 28 years after the Supreme Court ruled in Keller v. State Bar of California that compulsory state bars can use lawyer dues to fund activities to regulate the legal profession and improve the quality of legal services, but not for unrelated political or ideological activities.

Fleck had sued after he learned that the State Bar Association of North Dakota was opposing a state ballot measure establishing a presumption that each parent is entitled to equal parental rights.

Fleck settled one of three claims in his lawsuit when the bar agreed to revise its fee statement and give lawyers the ability to opt out of paying a portion of the fees through a “Keller deduction.”

A second claim was that mandatory membership in the state bar violated Fleck’s right to freedom of association and to avoid subsidizing speech with which he disagrees.

The 8th Circuit said Fleck had forfeited that claim because it wasn’t raised at the district court level in a motion for summary judgment. In that motion, Fleck conceded that his claim was foreclosed by Keller.

The 8th Circuit said Fleck’s case was not an appropriate one to reconsider its general rule that it will not consider arguments raised for the first time on appeal as a basis for reversal.

Fleck had alleged in another claim that the state bar’s opt-out procedure violates his right to affirmatively consent to use of his money. But the 8th Circuit said a lawyer could decide to do nothing in response to the dues statement, though it might violate the lawyer’s obligation to pay bar dues.

“The best that can be said for Fleck’s argument is that a busy or careless lawyer might fill out the fee statement and write a check to SBAND [the State Bar of North Dakota] for the full annual dues without noticing the option to take the Keller deduction,” the appeals court said in an opinion by Judge James Loken. “The record contains no evidence this has ever happened or is likely to happen.”

The lawyer who represented Fleck, Timothy Sandefur of the Goldwater Institute, told Law360 that they would be “returning to the Supreme Court to ask it to take this case and uphold the First Amendment right of attorneys not to be forced to join bar associations against their will.”

The case is Fleck v. Wetch.