9th Circuit judge wants to pass the torch to her favored replacement; is there an 'optics' problem? 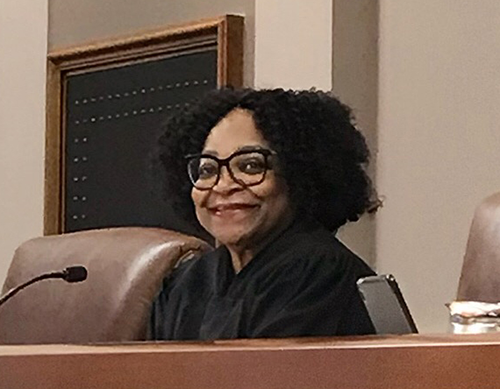 U.S. Circuit Judge Johnnie Rawlinson is backing one of her former law clerks as her successor if she decides to take senior status on the San Francisco-based 9th U.S. Circuit Court of Appeals.

Rawlinson tells the Nevada Independent and Reuters that she has contacted Nevada’s two senators and the White House about the person she prefers to take her place.

Rawlinson, 69, hopes her successor would be Berna Rhodes-Ford, the general counsel at Nevada State College and the wife of Nevada Attorney General Aaron Ford. Rhodes-Ford has previously worked at law firms that include Littler Mendelson and Holland & Hart.

Rawlinson told the Nevada Independent she has no health issues and could do the job for another 20 years. “But I am cognizant of the fact that the torch needs to be passed at some point, and I think this is the opportune time,” she said.

Rawlinson was the first Black woman on the 9th Circuit. She told Reuters she could persuaded to step down if it would help preserve the legacy of former Democratic Sen. Harry Reid of Nevada, who had recommended her nomination and supported a diverse judiciary.

Nevada’s two Democratic senators, Catherine Cortez Masto and Jacky Rosen, told Reuters and the Nevada Independent that they would continue to work with two commissions that review judicial candidates.

George Washington University visiting law professor John Collins told Reuters there could be some pushback to Rawlinson’s public statements. “My gut reaction is that the optics of this will make it harder for Rhodes-Ford, because it will look like, and potentially set a precedent, for judges formally choosing their successors,” he said.

Writing at Original Jurisdiction, Above the Law founder David Lat saw problems with Rawlinson’s approach. Her lobbying is a third example of a federal appeals judge getting actively involved in choosing a successor, he said.

“Judicial seats aren’t property to be bequeathed,” he wrote, quoting from a Wall Street Journal op-ed he co-authored. “A judge’s legacy should consist in his own judicial work.”

He suggests the judiciary could address the issue by revising the Code of Conduct for U.S. Judges to make clear that judges can’t impose conditions on their retirements.