Is controversial Guantanamo judge now an immigration judge? Defense asks to throw out his rulings 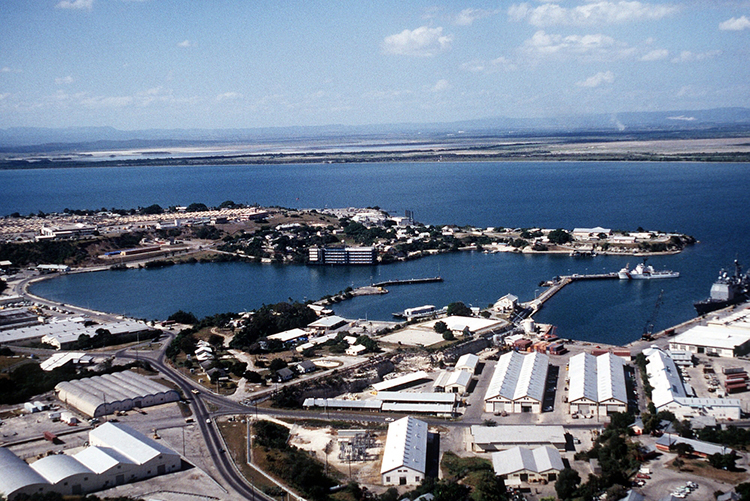 A retiring military judge whose handling of a Guantanamo military trial raised eyebrows appears to have been hired as an immigration judge, the Miami Herald reported last Friday.

Air Force Col. Vance Spath, who is scheduled to retire from the military on Nov. 1, was photographed by the Associated Press at a Sept. 10 ceremony welcoming new immigration judges. That’s surprised defense lawyers in the controversial case that led to Spath’s retirement. Attorneys for Abd al-Rahim al-Nashiri, the alleged mastermind of the 2000 bombing of the USS Cole, say that if Spath was hired as an immigration judge, his application was likely pending for many months.

Because the prosecution in the case includes people from the U.S. Department of Justice—the same federal agency that oversees immigration courts—defense attorneys are asking to throw out all of Spath’s rulings as tainted.

“Any disinterested party would question the impartiality of a judge who is seeking employment from one of the parties appearing before him. It’s an obvious conflict of interest,” Navy Capt. Brian Mizer, the current lead defense attorney for al-Nashiri, told the Herald.

The Herald says the filing from Mizer and co-counsel Navy Lt. Alaric Piette notes that immigration judges “serve at the pleasure of the Attorney General.” (The filing is not yet publicly available, but may go online after a security review.) It also says the defense asked the prosecution team if they knew when Spath had applied to work as an immigration judge. The prosecution reportedly said it knew nothing about it and declined to find out.

Justice Department spokesman Devin O’Malley told the Herald that he couldn’t confirm anyone’s hiring as an immigration judge until that person is sworn in.

The defense filing came in the appeals court that hears Guantanamo cases. Al-Nashiri’s case is in the Court of Military Commission Review because of the turbulent way Spath’s tenure as the judge on that case ended. In the summer of 2017, defense lawyers for al-Nashiri found a microphone in the room where they met with their client. Those defense lawyers attempted to discover more information about the microphone, but Spath ruled against them.

Believing they could no longer guarantee the confidentiality of discussions with their client—which put their professional ethics in jeopardy—the three civilians on the defense team ultimately quit the case. Spath’s attempts to recall them were unsuccessful. In the fall of 2017, he made headlines when he jailed the head of defense at Guantanamo, Marine Brig. Gen. John Baker, for contempt of court after a hearing at which Baker was not permitted to speak. Both a civilian court and a military official intervened, and Baker served only two days of the 21-day sentence. Spath also ordered the arrest of two of the civilians, but ultimately didn’t go through with it.

In February, after it became clear that the military command structure couldn’t or wouldn’t intervene, the Herald reported that Spath ended the case after a 30-minute speech that made his frustration clear. The prosecution appealed that decision to the Court of Military Commission Review.

Al-Nashiri, a Saudi national, is accused in the suicide bombing of the ship in a harbor in Yemen, killing 17 sailors and injuring 39. He was arrested in Dubai in 2002 and spent four years in overseas prisons with CIA interrogators before arriving at Guantanamo in 2006.