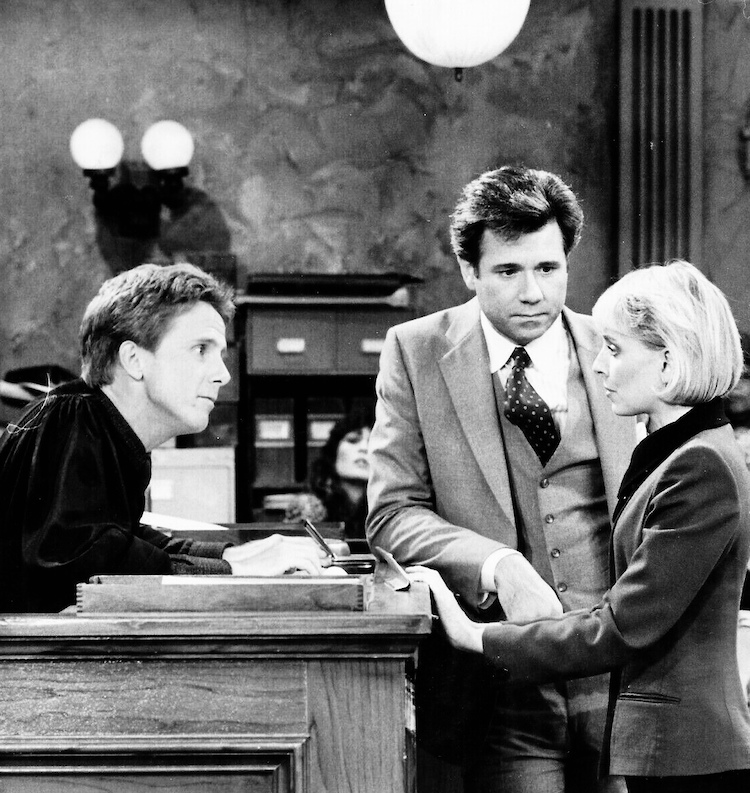 Like many of you, I’ve binged my way through about everything I can stomach over the last three months or so. I’m not one who only watches television or movies for the pure enjoyment of the craft. Oftentimes, my viewing habits have an end goal. However, as my regular readers are aware, my wife and I do try to find some shows we can watch together as part of our “bedtime” routine.

After all, there are only so many times you can watch The Office from start to finish (or is there?).

Recently we decided to start watching Cheers. I remember watching the show with my dad when I was younger, but I didn’t remember much outside Norm and Woody. My wife wasn’t sold at first, but when I pointed out the series was on NBC’s primetime hot spot for over a decade, she agreed there had to be something to it. We’re about to start Season 3, and the series has some of the best character development in sitcom history I’ve seen.

As we were watching the first season though, I kept thinking about the reoccurring conman, Harry. I knew the face, and I knew the name, but I couldn’t place it until suddenly it hit me: It’s Judge Harry Stone from Night Court. My first inclination was that Night Court had to be a spin-off of Cheers, and somehow this conman went to law school and became a judge. I was wrong. Apparently, the actor, Harry Anderson (RIP), simply has an affinity for characters who share his actual first name.

The two series are not related, although they did air back-to-back on NBC’s primetime lineup from 1984 to 1987. Night Court follows the nightly docket of Judge Harold “Harry” T. Stone, a young jurist who moonlights as an amateur magician. He presides over Manhattan’s municipal night court, which seems to function as a “B-Team” tasked with taking on all of the city’s cases too outlandish to make the daily docket.

Judge Stone was a mainstay throughout the series’ 193-episode run, along with the sex-crazed prosecutor Daniel R. “Dan” Fielding (played by John Larroquette). Other memorable characters included Christine Sullivan (played by Markie Post in Seasons 3-9) as the public defender; Marsha Warfield as the bailiff Rosalind “Roz” Russell (Seasons 4-9); and court clerk Macintosh “Mac” Robinson (played by Charles Robinson in Seasons 2-9).

So much of the series revolves around the cast’s interactions, as opposed to the “legality” of the court proceedings. With that in mind, the few episodes I recently watched (along with the ones I remember from decades ago) more so use the courtroom solely as a stage to set up raucous scenarios in which the players can weave in-and-out of constant comic banter, volleying one-liners left and right.

Consequently, it’s hard to classify the series as a “legal” comedy opposed to merely a comedy in its own right. There is very little lawyering, but the humor works. The series as a whole is somewhat akin to slapstick fare. Now, I don’t mean that only from the knee-to-the-groin, fall down the stairs type of slapstick; think of genre’s desire to intentionally put characters in humorously embarrassing situations.

A large part of that is a direct result of Larroquette’s character, which lead to four consecutive Emmys for Outstanding Supporting Actor in a Comedy Series from 1985 to 1988. The show as a whole didn’t do too shabby when it comes to accolades either, being nominated for 31 Emmys and winning seven over its nine seasons.

Which ‘Night Court’ episode is the best?

It’s been a while since I wrote one of these “A Look Back” entries for my column, but here’s a quick refresher: I’m not going to watch the entire series. I’m a practicing criminal defense attorney with a family. I just don’t have the time. What I can do, though, is go to episode.ninja and get aggregate scores to see which episode in any given series (so long as it’s listed) is “the best.”

Lucky for me, Night Court is listed. According to the site, Episode 13 (“Clip Show”) from Season 6 is the highest-rated installment, with an aggregate score of 8.49 based on 108 votes. Lucky for this column, that episode is a flashback examining all of the bizarre expenses attributed to Judge Stone’s docket via an internal investigation by a city auditor. The episode is actually the second part of a two-part installment, so I went ahead and viewed both.

First and foremost, the laugh track is inescapable. It’s omnipresent. It’s never-ending. But enough of that. As the episodes progress, the auditor goes through all the “questionable” expenses, which in turn leads to the recaps of how and why those expenses were paid.

Throughout the entire two-episode flashback, the closest thing we get to “court” or anything “legal” is the consistent threat of fraud charges from the auditor along with the potential punishment range. The episodes consist entirely of cut scenes showing situations such as:

• Two sisters fighting over who gets to keep the dead father—he’s in an urn—only to see the ashes accidentally put in the coffee maker.

• Fake beauty contest contestants who fought the guy who scammed them.

• Swearing in new citizens with the old “repeat after me” gag.

• The judge having romantic relations in his chambers—with a married woman—only to be forced into hiding and discover the prosecutor doing the same.

As the cast continuously explains the reasoning behind every odd endeavor, the auditor remarks, “So you would have the city believe you are some kind of magnet for these bizarre occurrences?” And then the clown comes in with a gun. This brings up a montage of all the crazy people the court has had to deal with over the years due to the “crack” security the city provides for them.

“Over-the-top” is an understatement.

Does the series stand the test of time?

I wracked my brain and exhausted my keyword-specific web searches for another legal-comedy television series set specifically in court, as opposed to a law firm or some other location, but I consistently came up blank. Sure, there have been shows like Boston Legal and Ally McBeal, among others, but those offerings weren’t constrained almost entirely to a courtroom.

To be fair, though, the Night Court audience is also treated to a few other locales, such as the judge’s chambers, the courthouse cafeteria and the occasional off-set scene. But at the end of the day, the only thing legal or court-related in this series is the court setting that lays the stage for all of the one-liners and innuendos. The cast even makes reference during one of the flashbacks to “whoopee cushions in the jury box.” That’s basically the series in a nutshell.

And maybe that’s the best takeaway from the two-part episode: This show is wacky. The flashbacks actually give a great recap on how silly some of the comedy is, but also just how devoid the series is of any real legal undertones.

Night Court still makes for some mindless fun, but you have to know what you’re getting yourself into before you watch: It’s a comedy set in a courtroom, not a courtroom comedy.