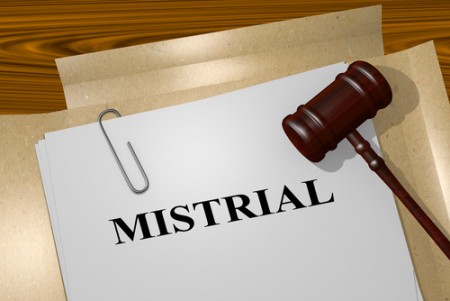 An Ohio judge has again declared a mistrial in the prosecution of Ray Tensing, a University of Cincinnati police officer accused of fatally shooting a black man he pulled over for driving a car without a front license plate.

Judge Leslie Ghiz declared a mistrial after jurors said they were deadlocked after five days of deliberations, report NBC News, Cincinnati.com and the New York Times. Tensing’s first trial also ended with a hung jury. He was charged with murder and involuntary manslaughter in the July 2015 death of Sam DuBose.

In the Ohio case, prosecutors had maintained there was no justification for the shooting, while the defense said Tensing believed he was going to be dragged by DuBose’s car after DuBose closed the door and turned on the ignition. Tensing had testified he believed at the time that his arm was caught in the steering wheel—a claim contradicted by video evidence—and thought his life was in danger.