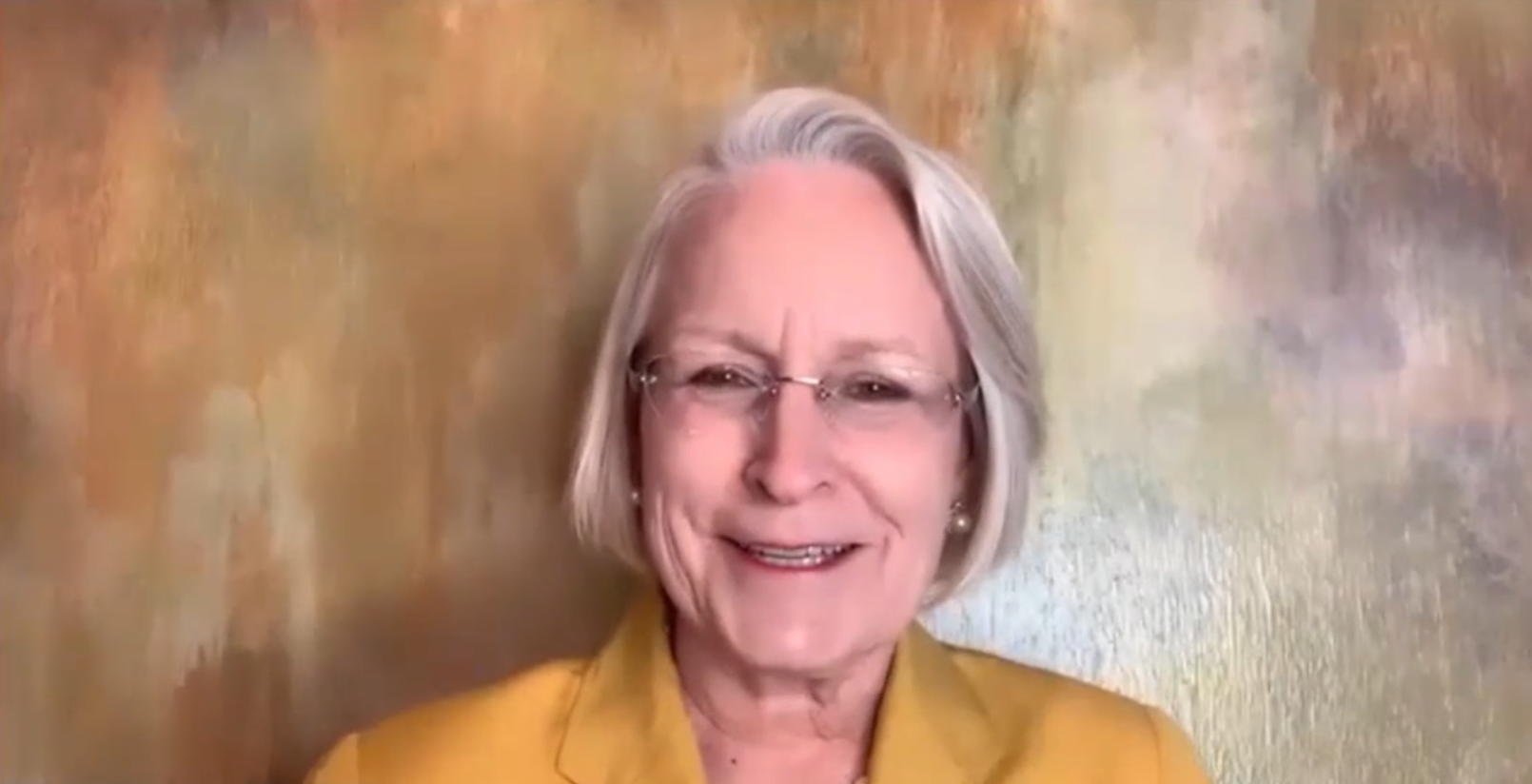 “Lawyers must fight injustice when judges are “attacked because of what they are perceived to be, or what they proudly are,” ABA President Judy Perry Martinez said in prerecorded remarks.

In her final speech before the House of Delegates on Monday, ABA President Judy Perry Martinez recognized the burden the pandemic has placed on the legal profession while urging a forceful response to racial injustice.

Martinez’s overriding message was that lawyers should not shy away from the fight to root out racism. The president stressed the importance of making sure nobody—regardless of their race, gender, ethnicity or identity—is left behind or excluded.

“Let none of us say the job is too big or the problems of racism run too deep,” Martinez said. “This is our torch to carry. Lawyers have a special responsibility to fight injustice, especially injustice caused by laws and practices that are racist and unjust in word or effect.”

In her speech at the ABA Virtual Annual Meeting, Martinez asked members to “embrace change and innovation” and to make sure that people have access to essential criminal and civil legal services during the pandemic.

“We miss gathering in person. Far worse are the economic and health setbacks, the pain, and the suffering many have experienced directly or witnessed as a result of COVID-19,” Martinez said. 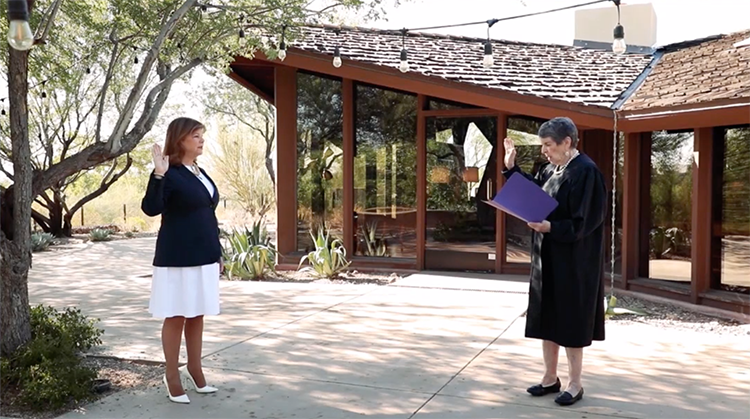 Martinez’s prerecorded remarks were delivered to the House of Delegates in the morning session. In the afternoon, the gavel was handed to incoming ABA President Patricia Lee Refo.

Refo and Martinez both cited the 100th anniversary this year of the passing of the 19th Amendment that guaranteed women’s right to vote.

Refo said she would continue to fight for the rights of everyone who comes into contact with the legal system, at home and abroad.

“Hear me on this. If the president of the American Bar Association, pandemic or no pandemic, can help anywhere in the world to advance the rule of law and the cause of justice, I will be there. I will stand anywhere for the values we believe in,” Refo said.

With thousands of Americans taking to the streets and calling for police reform and speaking out against racial injustice, Martinez’s final speech captured a moment when the entire legal system is in the spotlight.

“Everyone needs to be at the table to achieve what for too many is a long-overdue breaking of the silence regarding the truth about our legal system and society: the existence of persistent, overt and implicit racism,” Martinez said.

The ABA Coronavirus Task Force has been part of the effort to meet legal needs during the pandemic, Martinez said. The president acknowledged the challenges facing lawyers, law students and recent graduates in the current economic climate.

“Please reach out to your colleagues, particularly solo practitioners, young lawyers and law students to let them know that they are not alone,” Martinez said.

Martinez added that it was the job of the ABA to fight for voting rights and against injustice; to help people who are evicted from their homes; and to help immigrants and asylum-seekers separated from their children at the border.

Martinez said that lawyers must fight injustice when judges are “attacked because of what they are perceived to be, or what they proudly are,” and when “the rule of law and human rights are threatened—whether domestically or on the other side of the globe.”

Without mentioning any political leaders by name, Martinez railed against people who “stoke hate and fear” and “abuse their power, act illegally, and do what may be technically legal yet is not worthy of all that our country stands for.” 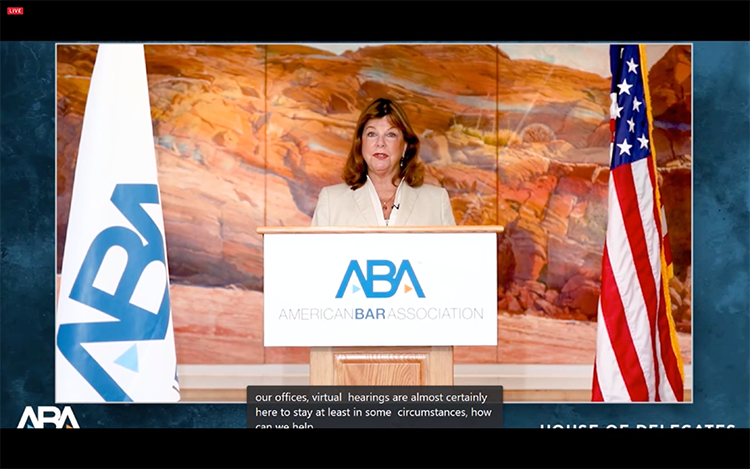 “If the president of the American Bar Association, pandemic or no pandemic, can help anywhere in the world to advance the rule of law and the cause of justice, I will be there,” said incoming ABA President Patricia Lee Refo in prerecorded remarks.

In her prerecorded speech as incoming president, Refo noted the toll the pandemic had taken on law firms, courtrooms and law schools and the “tsunami of legal needs” related to evictions, foreclosures, bankruptcies and victims of domestic violence. Refo said that “twin evils of racism and unconscious bias” had curtailed the progress of Black Americans.

Amid the pandemic, Refo said virtual hearings could become commonplace, which raises a host of new considerations for lawyers, including how to make sure that clients are properly represented in online proceedings.

“What are the new ethical and professional responsibility concerns that we need to address if we stay in a virtual world? How do we mentor and raise up young lawyers in a virtual practice setting?” Refo said.

Refo said that the ABA should also continue efforts to improve access to justice and would monitor regulatory changes in the states. At the ABA Midyear Meeting in Austin, the ABA House of Delegates adopted Resolution 115 to address access to civil justice, encouraging states to work on regulations to expand legal services to more Americans.

“We will work with the academy and the regulators to agree on and then measure the objective metrics that will tell us whether and how these innovations are bridging the access-to-justice gap,” Refo said.

“President Martinez has led us through a year that is going to go into the history books,” Refo said.