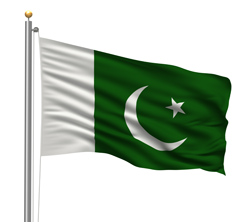 ABA President Linda Klein has sent a letter to the prime minister of Pakistan expressing concern about the assassination of a local bar president and a suicide attack at a hospital that killed at least 70 people, most of them lawyers.

Klein urges authorities to commit appropriate resources to the investigation and to use due care in carrying it out, according to an ABA press release.

“The state’s failure to protect lawyers as they engage in the practice of law seriously undermines the rule of law in Pakistan,” Klein said in the letter (PDF) to the prime minister, Mian Muhammad Nawaz Sharif.

“Lawyers must be able to act in their professional capacity as legal counselors and advocates, even in ‘sensitive’ cases,” Klein said. “Legal and justice systems operating under the rule of law require a strong legal profession able to engage in robust representation of their clients and to advocate for fair application of the law.”

Klein’s letter is a reaction to the Aug. 8, 2016, slaying of Bilal Kasi, president of the Baluchistan Bar Association. Lawyers had gathered at the hospital in Quetta in response to the murder when the suicide bomber attacked. Previous reports said Kasi was an outspoken lawyer who had sought legal improvements.

One victim of the suicide attack was Arbab Gulzareen, a lawyer who promoted human rights through a program of the ABA Rule of Law Initiative, the ABA letter says.

Next:
Conservative groups push for constitutional convention; would it open Pandora's box of mischief?