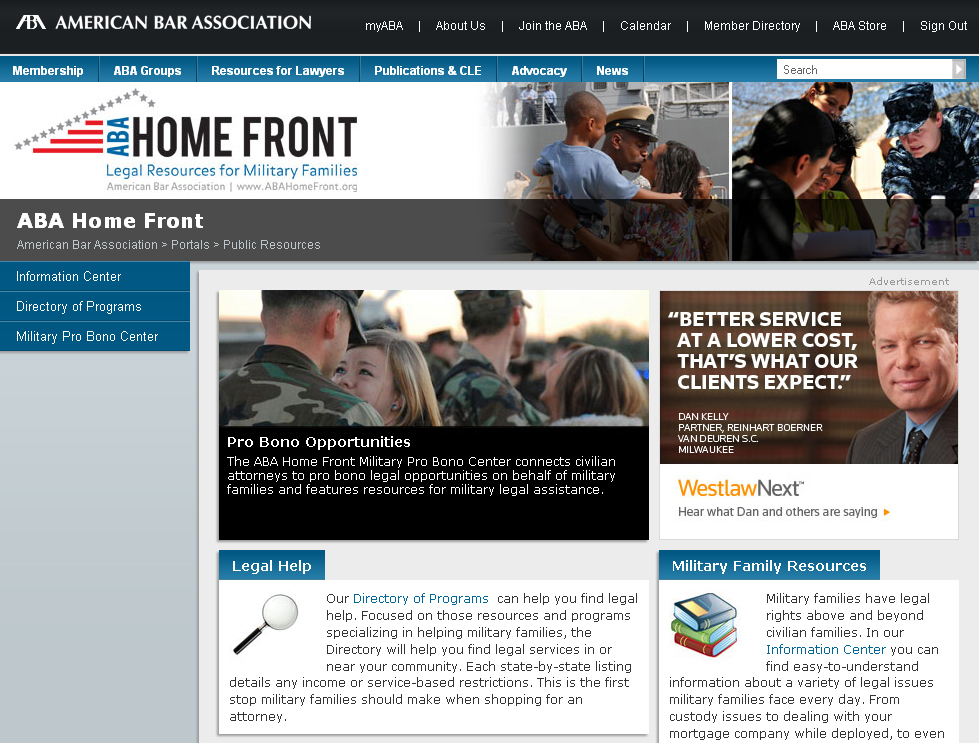 The American Bar Association recently launched a new website for military service members and their families that aims to provide information about a variety of legal issues.

Henry M. Dewoskin, a Clayton, Mo., lawyer who chairs the military committee of the Family Law Section, says that he and other volunteers worked with ABA staff to ensure information on the site was written clearly and could be easily understood by people who are not lawyers.

“I hope it can be used as a resource for the public, and I also hope it’s one of the first pages that they go to,” said Dewoskin, a judge advocate general officer who currently serves as a major in the U.S. Army Reserve.

The portal also includes information about the Servicemembers Civil Relief Act, which provides legal protections for active-duty military and their families.

“Being in the military is a 24/7 commitment that takes its members and their families across the country, and around the world,” ABA President Stephen N. Zack said in a news release. “That’s where the online legal center comes in. At any time, someone can access basic information on the legal issue they’re dealing with—whether it’s a family law matter, tax question or problem with a creditor.”

According to Jack Rives, executive director of the ABA, the organization has received great feedback about the website so far.

“The American Bar Association profoundly appreciates the service and sacrifices of our armed forces,” he says. “Our ABA Home Front program represents a significant step forward to ensure the kind of high-quality legal support our nation’s warriors and their families need—and deserve.”