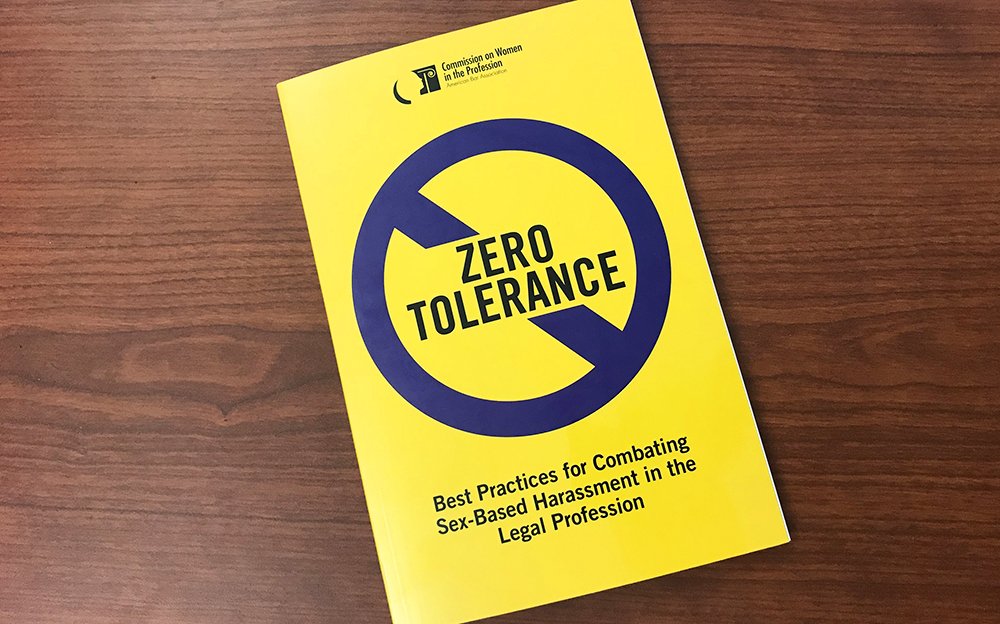 While it may seem hard to believe now, many attorneys have been under the impression that sexual harassment was no longer a significant problem in the legal profession, says Wendi Lazar, an employment lawyer who edited a recently updated manual on the topic for the ABA Commission on Women in the Profession.

Lazar adds that while much has been said about gender discrimination and pay equity for lawyers, attention to sexual harassment involving the profession had decreased until the recent #MeToo movement.

“They did not hear much about it, and they wanted to pretend—like in all professions—that we were way past that point in the workplace. It’s fascinating how in 2016, we were all sitting around trying to convince people that there is still sexual harassment,” Lazar said. A partner with Outten & Golden, she is a member of the ABA Commission of Women in the Profession and chairs its Sexual Harassment and Gender-based Bullying Committee.

The manual, titled Zero Tolerance: Best Practices for Combating Sex-Based Harassment in the Legal Profession, was fully edited and in large part rewritten over the past two years, according to Lazar. It can be purchased here. 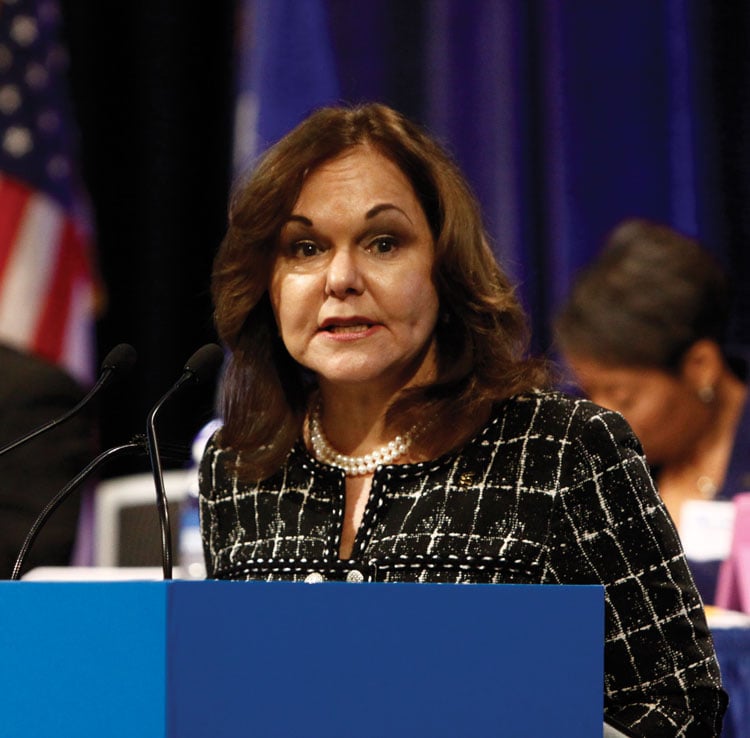 Today, everyone understands that sexual harassment is “a problem in every workplace, often one that employers are either not aware of or have not addressed appropriately,” ABA President Hilarie Bass said in a press release about the manual. “Our goal today is to make sure that our workplaces are environments free of harassing behavior and that, to the extent that such behavior does take place, it will be expeditiously and appropriately addressed without retaliation to the victim. This manual will help make that aspiration a reality.”

The manual has recent summaries of case law, as well as best practices for developing and enforcing anti-harassment policies. Also, it addresses new areas, including LGBTQ rights and gender-based bullying.

The manual’s preface was written by Anita Hill, who testified at the 1991 U.S. Supreme Court confirmation hearings for Clarence Thomas that he sexually harassed her when she worked for him at the U.S. Department of Education and the Equal Employment Opportunity Commission.

“Even in the wake of these new revelations, there are only a few reported sexual harassment complaints filed against law firms and a series of complaints against a prominent federal judge to indicate the scope and nature of the problem in the legal profession,” Hill wrote in the preface. “But the limited number of allegations should not be taken as clear evidence that the array of misconduct and all of its negative consequences found in other industries and professions do not exist in the legal profession.”

There are many reasons why people don’t report sexual harassment, says Stephanie Scharf, chair of the ABA Commission on Women in the Profession. 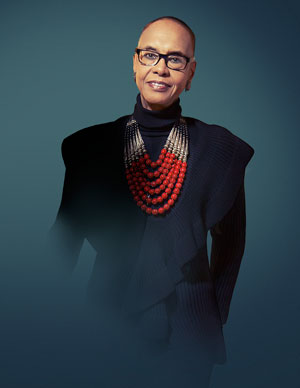 “Sometimes they believe that their claim won’t be taken seriously, sometimes they don’t want to go through what they think will be an uncomfortable, public review and sometimes they think that maybe they should just ignore it and it will go away. There are a number of studies that show that sexual harassment [incidents] are not reported as often as they take place,” says Scharf, a partner with Chicago’s Scharf Banks Marmor.

Michele Coleman Mayes, who was chair of Commission on Women in the Profession when the group decided to update the manual, says that while attorneys may act like sexual harassment isn’t an issue in the profession, many know that it is, based on personal experiences.

“For professional women, it has always been hard to talk about,” says Mayes, the vice president, general counsel and secretary for the New York Public Library.

The commission’s manual follows a February resolution adopted by the ABA’s House of Delegates that urges that all employers adopt and enforce policies to “prohibit, prevent and promptly redress” harassment and retaliation based on “sex, gender, gender identity, sexual orientation and the intersection of sex with race and/or ethnicity.”

“We’re flushing out the implications of Resolution 302, to see if there’s any more meat on those bones that we need to develop,” Scharf says.