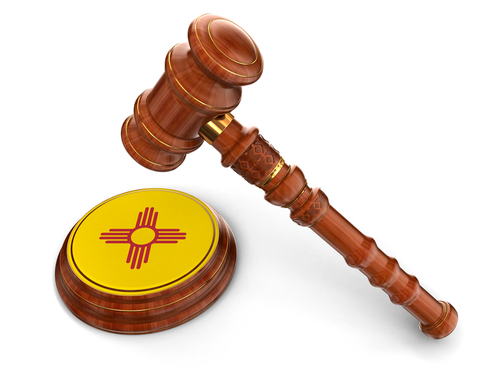 The Law Offices of the Public Defender of the State of New Mexico only has one-third of the full-time attorneys it needs to handle its adult criminal and juvenile caseloads, according to a joint study by the ABA Standing Committee on Legal Aid and Indigent Defense and Seattle-based accounting and consulting firm Moss Adams.

Their principal findings, which were released last week, show that LOPD opens an average of 57,572 new adult criminal cases and 2,432 new juvenile cases annually. The office has 295 full-time attorneys, each of whom must handle 203 new cases each year.

“This would equate to only 10 hours per case, be it a trespass, a DWI, a sexual assault of a minor or a homicide,” according to the study.

SCLAID and Moss Adams used the Delphi method to identify how much time an attorney should spend on average to provide “reasonably effective assistance of counsel pursuant to prevailing professional norms,” as set out by the U.S. Supreme Court in Strickland v. Washington in 1984. To meet those standards in New Mexico, they contend “current public defense attorneys would need to spend 6,322 hours per year 25.4 hours per working day during a calendar year working on cases.”

“It simply is not possible,” according to SCLAID and Moss Adams, who add that New Mexico needs an additional 602 full-time attorneys to overcome its deficit in staffing.

Since 2014, SCLAID also has released public defense workload studies on Missouri, Louisiana, Colorado, Rhode Island and Indiana, the ABA says in a press release. It expects to complete a similar study on Oregon soon.

“Once again, our study of a state public defender system demonstrates that public defenders are daily put in grave jeopardy of violating their professional responsibility to provide competent counsel,” ABA President Reginald Turner said in the release. “This time it is in New Mexico.

“When this occurs, ABA policy and well-established legal principles support public defenders in assertively seeking relief from excessive workloads. Courts, in turn, should provide relief when excessive caseloads threaten to lead to representation lacking in quality or to the breach of professional obligations. To do otherwise not only harms individual defendants but our entire justice system.”

SCLAID and Moss Adams suggest several ways to address the deficiency, including requesting additional funding from the New Mexico legislature and implementing criminal justice reforms that could reduce the need for public defenders’ time.

On Friday, SCLAID and Moss Adams released their joint study of the workloads of public defense attorneys in Oregon.

Their principal findings show that the Oregon Office of Public Defender Services is deficient 1,296 full-time attorneys for its adult criminal and juvenile caseloads. In other words, according to an ABA press release, the OPDS has only 31% of the full-time attorneys it needs to provide reasonably effective assistance of counsel.

The full report on Oregon can be found here.

Updated Jan. 21 at 1:35 p.m. to include information from the Oregon study.