ABC's 'For Life' reminds us of a life sentence's severity 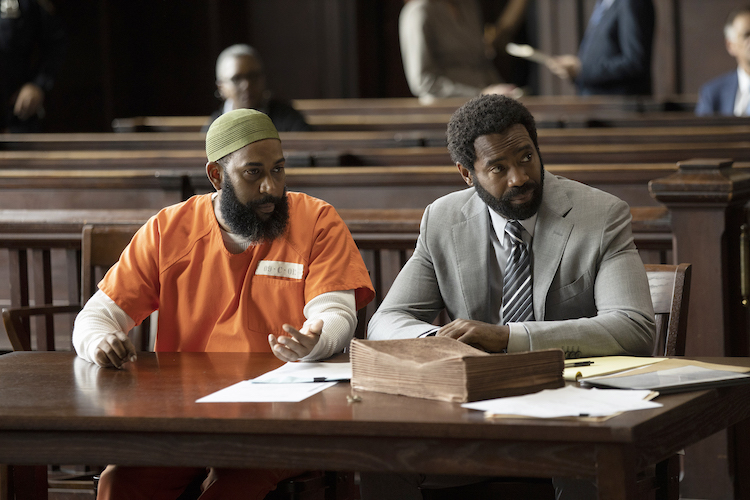 When I see a new “legal drama” on one of the “Big Three” television networks, the cynic in me comes out in full force. There are so many aspects of practicing law that can’t translate to the screen. The practice of law is often gritty. It’s full of flawed individuals trying to represent other flawed people as they attempt to maneuver through a flawed justice system.

Take criminal litigation, for example. The stakes are at their highest point when we deal with someone’s life and liberty, and emotions often run hot. Anyone who has lived that existence knows the stress, demands and emotional explosions that accompany fighting for someone else in such a dire situation.

Consequently, those emotions are often impossible to portray through the prism of “family-friendly” television. Criminal litigation is a TV-MA rated reality, and very few commercial broadcast television networks care to air that content during prime time.

As such, I didn’t have high hopes for the new ABC legal drama For Life. The series pilot aired on Feb. 11. Its current 9 p.m. Central time slot sits right between black-ish and local news. If it were possible for the show to have a later start time, it could offer a bit more flexibility regarding the material. Still, if the first episode is any indication, For Life won’t stray too far from the tamed tethers of its station’s restrictions.

One of the series’ executive producers is Curtis “50 Cent” Jackson, who was also an EP on the Starz series Power, which had a six-season run when it was all said and done. I hope For Life can replicate Power’s staying power, but I’m not sure it offers enough originality to separate from the mass influx of legal dramas we’ve seen lately.

Off first impressions alone, though, if anything (or anyone) stands a chance of keeping For Life afloat in the Nielsen ratings, it’s the actor portraying the lead character.

‘Based on a true story’

Nicholas Pinnock does a great job portraying Aaron Wallace, the man serving the titular life sentence. Wallace’s character is loosely based on the life of Isaac Wright Jr., who, after teaching himself law while incarcerated, represented himself through the appellate process of challenging his life sentence for a drug conviction. He was ultimately successful when a judge ordered his case remanded for a new trial, and the prosecution declined to pursue the charges against him again.

Wright assisted numerous other inmates with their appeals while incarcerated, and once he was free, he went to college. He ultimately obtained his law degree, and after waiting almost a decade, was finally sworn into the New Jersey bar.

On the other hand, Wallace’s path to obtaining his law license is far more unrealistic. Whereas Wright aided other inmates from his prison cell, Wallace is allowed to actually practice law in the courtroom. The explanation as to how he received his license, is allowed to practice law and represent others while still in prison is somewhat rushed. Perhaps that was a strategic choice to keep the focus off such an extremely improbable element to the storyline, but the decision ultimately wastes an excellent opportunity to set the series apart from others in the genre.

As I mentioned in my review of another recent attempt to televise the notion of convicts practicing law, For Life could have distinguished itself from the ever-growing genre of the “wrongfully convicted story” by focusing more on Wallace’s struggles to become an attorney, both while incarcerated and afterward. Some may say that sequence wouldn’t play as well as the series’ decision to begin its first episode with the lead’s law degree already intact, but nothing is more dramatic than reality.

Sure, audiences may become invested in the fantasy world of a currently incarcerated prisoner appearing in court to litigate on behalf of his clients, but it’s more likely that the unrealistic nature of the series premise will eventually implode on itself.

The only other potential saving grace For Life offers is its attempt at examining the hurdles prisoners face to research and litigate their cases. I’ve written before about the problem of pro se litigants in criminal cases–specifically, those individuals who choose to represent themselves at trial when they are guaranteed court-appointed counsel at no cost–but I’ll also admit that pro se representation is sometimes necessary. Court-appointed attorneys are not always guaranteed throughout the appellate process, and sometimes inmates have no other choice.

For Life showcases a female warden (that’s a rarity) who is somewhat sympathetic to the plight of her prisoners (which is also rare). However, the conflict between her empathy and her employment creates a unique contrast. This is the dynamic that could potentially catapult the series into a league of its own.

It could become interesting to see what lines Wallace is willing to cross to overturn his sentence and how those choices will impact his relationship with the warden. Grounding the character in his dual role as a “criminal” and an attorney seems like a bad lawyer joke gone too far, but the context of his predicament could be telling.

Wallace appears willing and able to “play the game” that he sees unfolding in the world where he lives. If law enforcement, the prison and the justice system that supplies its occupants are all right with lying and fabricating evidence, Wallace may be as well. After all, what’s good for the goose is good for the gander, right?

Living with a life sentence

When criminal defendants receive life sentences, it’s obvious the defendants themselves will suffer the most, usually followed by close family and friends. But the attorneys who represented those defendants also had a hand in the ultimate disposition, and they have to live with it as well.

I have had the opportunity to help other attorneys litigate their clients’ jury trials. To me, there is no greater professional compliment than when another attorney advises their clients to hire you to assist with a last-ditch effort to maintain their innocence and freedom. Still, one has to realize the cases for which you get hired to assist with trials are usually the most difficult fact patterns; otherwise, most attorneys feel comfortable handling them alone.

And as is also often the case, with challenging situations come incredibly high stakes. I remember an attorney hiring me to assist with her defense of a client charged with various sex crimes against multiple victims, two of whom were his daughters. I told everyone going in that this was going to be an arduous task, and that the defendant was either walking out a free man or spending the rest of his days in prison.

We lost that trial, and he received multiple life sentences. I’ve tried many hard cases, and I’ve dealt with that pain before. The other attorney had never gone through those emotions of anguish and loss, so I did my best to help her navigate the doubt and self-loathing that comes with such a harsh verdict.

It’s easy to look at a life verdict (or multiple life verdicts), especially without the possibility of parole, as a complete failure on your part as an advocate. It’s easy to doubt your ability and career choices. Regardless, you have to keep fighting. Defending a person’s life and liberty against the government in the crucible of jury trials is not for everyone. If you have the desire and ability, though, you have to take the good with the bad.

Maybe that’s the best take away For Life has to offer: Regardless of the result, don’t ever give up.