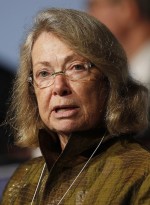 The ABA House of Delegates on Monday overwhelmingly approved as policy Resolution 102, which supports a legislative template produced and promulgated by the National Conference of Commissioners on Uniform Laws for states to adopt laws against human trafficking.

It is titled the Uniform Prevention of and Remedies for Human Trafficking Act. Known as modern-day slavery, human trafficking has increased in recent years. The two most prevalent forms are commercial sex and labor, such as domestic workers, and the arrangements usually come about as a result of fraud and deception. The NCCUSL was responding to a proposal from the ABA Center for Human Rights. The battle against human trafficking was a signature project of Laurel Bellows during her 2012-2013 term as ABA president.

The resolution was sponsored by the Tort Trial & Insurance Practice Section; the Center for Human Rights and the Section of Individual Rights and Responsibilities.