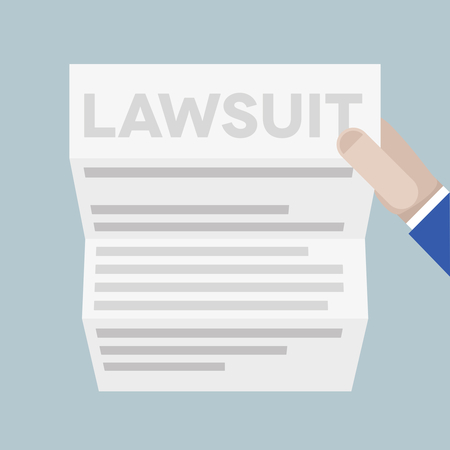 A legally blind Michigan man who wants to attend law school has filed another federal lawsuit alleging the Law School Admissions Test is discriminatory under the Americans with Disabilities Act, MLive reports.

In March the U.S. Supreme Court denied cert in a lawsuit Angelo Binno filed against the American Bar Association. The action alleged that it was discriminatory for the LSAT to include questions requiring spatial reasoning and the ability to diagram.

The new lawsuit (PDF), filed Tuesday in the U.S. District Court for the Eastern District of Michigan, makes similar allegations, but names the Law School Admissions Council as a defendant. The Supreme Court’s cert petition followed a finding by the Cincinnati-based 6th U.S. Circuit Court of Appeals that since the LSAT is written, administered, and scored by the LSAC – and which is not part of the ABA – Binno had no standing to sue the association.

The ABA was originally named as a defendant because it sets standards for admissions among accredited law schools, Jason Turkish, Binno’s lawyer, told the ABA Journal earlier this year. Until 1997, the standards allowed accredited law schools to waive the LSAT for law school applicants who were physically incapable of taking the test, according to the lawsuit naming the LSAC as a defendant.

Drawing a diagram helps LSAT takers with analytical reasoning questions, known as logic games, but using that method is particularly hard if you can’t see, said Turkish, who’s been legally blind since birth. According to him, people with sight restrictions often visualize situations differently.

“They’ve never perceived those dynamics, and they don’t order things in the brain the way a sighted person would,” adds Turkish, who describes the logic games as a “quick and dirty IQ test,” which doesn’t work well.

“This is testing Angelo’s ability to draw pictures, not be a lawyer,” Turkish said.

Turkish only would say Binno’s LSAT score was “very low.” A Wayne State University graduate who worked for the U.S. Department of Homeland Security, Binno is fluent in English, Arabic and Chaldean, according to the complaint.

He’s taken the LSAT twice, the lawsuit states. The LSAC reportedly agreed that Binno could take the test over a two-day period and with extra breaks, but denied a request to exempt him from the exam’s analytical reasoning section. He was allowed to use a spreadsheet and a tactile system, the filing states.

Someone assisted Binno with reading the LSAT questions and recording his answers, but would not help with drawing or reading diagrams, according to the complaint, which states that Binno guessed most of his answers on the analytical reasoning section.

The lawsuit seeks a permanent injunction ordering the LSAC to exempt Binno–and other test-takers with similar vision issues– from the LSAT’s analytical reasoning section, and report their raw scores and percentile ranks on other portions of the exam. The complaint does not seek damages for Binno, but reserves the right to do so in the future.

In an email to the ABA Journal on Thursday, interim LSAC President Athornia Steele wrote that “LSAC has a policy of not commenting on pending litigation,” and that it “takes seriously its obligation to provide reasonable and appropriate accommodations to test-takers with disabilities, including those with visual impairments.”