Updated: The U.S. Supreme Court granted a request on Thursday night by the Alabama Office of the Attorney General to let it proceed with the execution of a Muslim inmate who won a stay Wednesday after he claimed that the prison violated his religious rights by refusing to allow his imam to be present during the lethal injection. Justice Elena Kagan wrote the dissent, joined by Justices Stephen Breyer, Ruth Bader Ginsburg and Sonia Sotomayor, in which she called the decision “profoundly wrong.”

Domineque Ray was convicted of raping and murdering a 15-year-old girl in 1995 and has been at the Holman Correctional Facility in Atmore, Alabama, for nearly 20 years. The 11th U.S. Circuit Court of Appeals at Atlanta agreed with Ray that the Alabama Department of Corrections’ procedures appear to favor Christian inmates and blocked the execution, which was scheduled for Thursday, report the New York Times, Washington Post and Slate.

Alabama currently allows death-row inmates to pray with a Christian chaplain in the execution chamber before they are given a lethal injection. According to the court’s opinion, Chaplain Chris Summers has witnessed nearly every execution, kneeling and praying with prisoners, since 1997.

Ray, a devout Muslim, asked in late January to exclude the chaplain from the room and instead have his imam, Yusef Maisonet of Masjid As Salaam in Mobile, Alabama, present. Maisonet has provided religious ministry to the prison’s Muslim inmates since 2015, the opinion said. 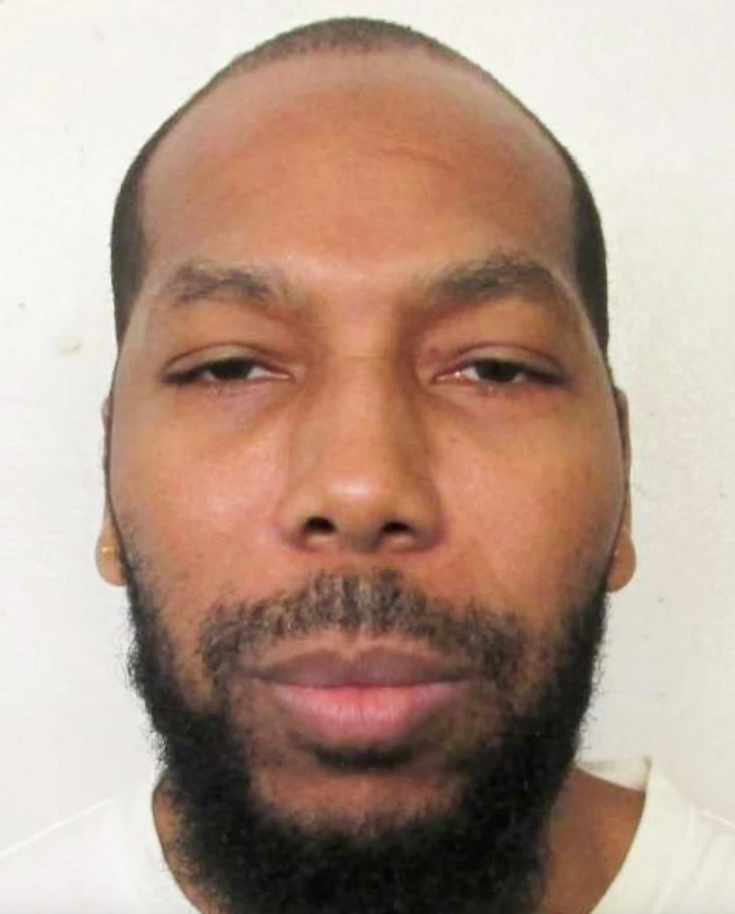 Domineque Ray. Photo from the Alabama Department of Corrections.

Although Ray’s request to exclude the Christian chaplain was eventually granted, Alabama denied his imam access to the execution chamber, the opinion said, arguing it “will not permit a non-ADOC employee, someone unfamiliar with the execution process and with the practices and safety concerns of the prison, to be in the chamber in the chaplain’s place.”

The U.S. District Court for the Middle District of Alabama denied Ray’s motion to stay execution, saying that “Ray has had ample opportunity in the past 12 years to seek a religious exemption, instead of waiting until the eleventh hour to do so.”

The 11th Circuit rejected the lower court’s analysis and its refusal to grant the emergency stay in the face of what it described as a “powerful” establishment clause claim.

“We are exceedingly loath to substitute our judgment on prison procedures for the determination of those officials charged with the formidable task of running a prison, let alone administering the death penalty in a controlled and secured manner,” the opinion stated. “Nevertheless, in the face of this limited record, it looks substantially likely to us that Alabama has run afoul of the establishment clause of the First Amendment.”

Despite the court’s decision to stay the execution, the New York Times reported that Maisonet was asked to come to the prison Thursday in case the Supreme Court fulfilled the state’s request to proceed. The state asked for an expedited review.

In her dissent, Kagan decried the decision to let the execution proceed before the 11th Circuit could consider Ray’s claim on the merits.

“This court is ordinarily reluctant to interfere with the substantial discretion courts of appeals have to issue stays when needed,” Kagan wrote. “Here, Ray has put forward a powerful claim that his religious rights will be violated at the moment the state puts him to death. The 11th Circuit wanted to hear that claim in full. Instead, this court short-circuits that ordinary process—and itself rejects the claim with little briefing and no argument—just so the state can meet its preferred execution date.”

Kagan also agreed that the 11th Circuit had cause to worry that the prison’s policy violated the establishment clause.

“Under that policy, a Christian prisoner may have a minister of his own faith accompany him into the execution chamber to say his last rites. But if an inmate practices a different religion—whether Islam, Judaism, or any other—he may not die with a minister of his own faith by his side,” she wrote. “That treatment goes against the establishment clause’s core principle of denominational neutrality.”

Ray died by lethal injection at 10:12 p.m. Thursday night, and his last words were in Arabic, AL.com reports.

“Domineque was a devout Muslim and a human being. He was a son, a father, a brother,” Ray’s attorney Spencer Hahn said to AL.com after the execution. “He wanted equal treatment in his last moments. I am beyond appalled at the willingness of [Alabama Attorney General] Steve Marshall and the state of Alabama to treat a human being differently because he was part of a religious minority. We are better than this.”

Updated Feb. 7 at 9:19 p.m. after the Supreme Court issued its decision and Feb. 8 to add details about the execution.