An Alabama judge who criticized the state’s death penalty sentencing system has been suspended for 90 days without pay for abandoning her role as a neutral arbiter, making inappropriate comments and disregarding appellate decisions.

The Alabama Court of the Judiciary issued the sanction against Judge Tracie Todd of Birmingham, Alabama, in a Dec. 3 order, report AL.com and the Associated Press.

Many of the charges concern Todd’s March 2016 opinion that struck down an aspect of Alabama’s death penalty sentencing scheme that allowed judges to impose the death penalty, even when jurors recommended life without parole. According to the suspension order, Todd made improper comment in her decision that:

• Called appeals by defendants sentenced to death by judicial override “ceremonial at best.” She cited statistics showing that state supreme courts with judges elected in contested elections affirm death sentences in more than 62% of cases, while state supreme courts with lifetime appointees affirm death sentences in only 26% of cases, according to the complaint against her.

• Suggested that the Alabama judiciary is politically corrupt. Todd had written the appointment process in death penalty cases “falls prey to the hazards of political partisanship and bias in the judiciary,” according to the complaint against her. She also said that Alabama’s judiciary “has unequivocally been hijacked by partisan interests.”

• Suggested that court-appointed attorney assignments are based on political contributions to judicial campaigns. Todd had written that judges’ requests for campaign contributions are close to “legalized extortion,” and, “it is an open secret” that appointments locally are based on contributions, not expertise, the complaint said. 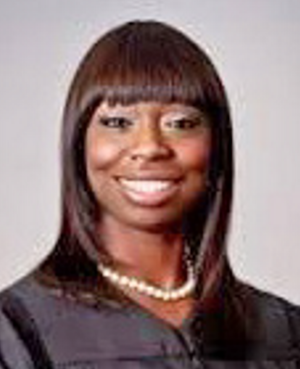 Todd also made remarks to the media criticizing judicial elections and contending that the application of Alabama’s death penalty statute is arbitrary and capricious.

The complaint against Todd said her March 2016 opinion referenced secondary sources she gathered through her own independent investigation. Todd’s comments went far beyond the question of law before her and raised factual issues that had not been raised by any of the defendants, the complaint said.

The suspension order said that, when Todd engaged in independent fact-finding and inserted issues not raised by the parties, she was “abandoning her role as a neutral arbiter and becoming an advocate for defendants, her own judicial rulings and her personal opinions.”

Todd later denied the state’s motions for her to recuse in other death penalty cases, saying the motions were moot after Alabama eliminated the override system in 2017. But the ethics complaint noted an appellate ruling finding that the new law did not apply retroactively.

According to the suspension order, Todd repeatedly disregarded the law and defied orders of the Alabama Court of Criminal Appeals, including those ordering her recusal.

The suspension order said Todd had been suspended for eight months with pay after the ethics complaint was filed against her. As a result, the order said, Todd is reinstated to service Dec. 6, but she will serve without pay for 90 days.