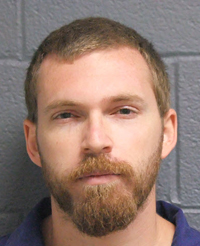 Updated: A Michigan man and convicted sex offender who pleaded guilty to a lesser charge in an alleged rape of a 12-year-old girl was awarded joint legal custody of the boy who was conceived as a result of the crime, according to the victim’s lawyer.

Judge Gregory Ross of Sanilac County awarded joint legal custody of the 8-year-old child to 27-year-old Christopher Mirasolo, report the Detroit News and the Port Huron Times Herald in a story published by USA Today. The stories rely on information from Rebecca Kiessling, the lawyer for the victim.

Ross disclosed the victim’s home address to Mirasolo, and ordered his name on the birth certificate, according to a press release from Kiessling.

Ross stayed his ruling on Tuesday and scheduled a special hearing for Oct. 17, the Detroit News reported Tuesday afternoon.

The prosecutor’s office, rather than Mirasolo, had sought an order establishing Mirasolo’s paternity after the mother sought state assistance, according to Mirasolo’s lawyer, Barbara Yockey. She told the Times Herald that Mirasolo won’t attempt to see the child and the issue is being resolved privately.

Mirasolo was sentenced to a year in jail after he pleaded no contest to attempted third-degree criminal sexual conduct for the alleged assault that took place in September 2008, according to Kiessling.

Mirasolo was charged in an unrelated sexual assault involving a 15-year-old girl that occurred in March 2010 and served four years in prison for that offense after pleading no contest to third- and fourth-degree criminal sexual conduct, Kiessling said. He was paroled in July 2016. Yockey said that third-degree criminal sexual assault is a statutory rape charge, the Huffington Post reports. The victim in the 2010 case tells the Detroit News “there is no way [Mirasolo] should have custody” and he shouldn’t be around children without supervision.

Kiessling is seeking protection under a new federal law, the Rape Survivor Child Custody Act. The law provides grants to states that allow termination of parental rights to a rapist who conceives a child when there is clear and convincing evidence of the crime. Michigan signed its version of the bill into law last year.

Kiessling, co-founder of Hope After Rape Conception and President of Save The 1, is representing the victim on a pro bono basis. Right to Life Michigan, which backed the Rape Survivor Child Custody Act, will pay court costs.

Updated at 4:35 p.m. to report that the judge had stayed his ruling; last updated Oct. 11 to clarify that 2010 sex assault was not merely alleged.

ABAJournal.com: “Judge was unaware he had given joint custody to father accused of raping the 12-year-old mother”