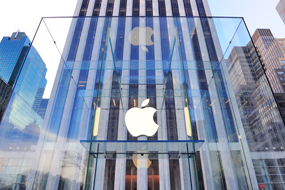 Gene Daniel Levoff, 45, allegedly used nonpublic information to trade in Apple stock, according to press releases by the Securities and Exchange Commission and federal prosecutors in New Jersey. Reuters, the New York Times, the Washington Post, the New Jersey Law Journal and CNBC have coverage.

As part of his duties at Apple, Levoff oversaw compliance with the company’s insider trading policy. He was fired in September 2018.

Federal prosecutors allege that Levoff made $227,000 in profits and avoided $377,000 in losses by trading in Apple stock using confidential information. The scheme lasted from about February 2011 until about April 2016, according to the criminal complaint. He is charged with securities fraud.

The SEC civil complaint is based on a narrower time frame in 2015 and 2016. It seeks return of illegal trading profits, plus interest, penalties and a bar on serving as an officer or director of a public company.

A lawyer for Levoff, Kevin Marino, said he was reviewing the allegations. “Gene Levoff was a trusted Apple executive for many years and has never before been accused of wrongdoing of any kind,” he said.