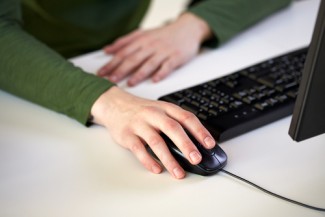 The skills for teaching online law school courses are not unlike those needed for the practice of law. Both require concise writing, well-organized outlines and the ability to speak without appearing that you’re reading from a script, says Ellen Murphy, assistant dean of instructional technologies and design at Wake Forest University School of Law.

And despite the stereotypes about online offerings being low-quality, Murphy says that when the courses are done well, students and professors may have a better connection than they would with in-person classes.

With online learning, she adds, “you can’t hide in the back row.”

Barry Currier, the ABA’s managing director of accreditation and legal education, says many law schools are probably considering online courses or increasing what they already have. Accredited law schools with recent online offerings include Syracuse University College of Law, the University of Dayton School of Law and Southwestern Law School. Also, Mitchell Hamline School of Law has had an online program since 2015.

When asked if he could see an accredited law school being entirely online in the near future, Currier says no one has yet applied for a variance to do that.

“That wouldn’t be precluded by the standards, but I think we’re some distance from that. It would depend on what was in the proposal,” he says.

A former dean of Concord Law School—which does not have ABA accreditation and was recently acquired by Purdue University as part of a deal with Kaplan University—Currier says there is a range of quality with online law school courses, just as there is with in-person classes. Also, he believes that no law school subject is more or less suited to an online class than others.

“It’s about how well the course is envisioned and executed,” Currier says. “You can have a class that’s in real time that’s basically a Socratic dialogue.”

William H. Byrnes, who started teaching online law courses in 1994, says that doing the classes correctly involves a significant investment for both technology and teacher training.

“I think if a school starts with ‘How much money can I make,’ that’s not pedagogically sound. A lot of law schools just want to put a video camera in the back of the room,” says Byrnes, an executive law professor and associate dean for special projects at Texas A&M University.

Most advanced degree programs now offer some sort of online learning, including ones for nursing and education, says Barbara Treacy, an adjunct lecturer at Harvard University whose work includes consulting with universities about online learning. Medical schools incorporate technology and asynchronous learning into their courses in various ways, but there is no standard similar to the one for ABA-accredited law schools, according to the media relations department of the Association of American Medical Colleges.

“They had to do the case studies in six days. We didn’t care when they did it, and then we would come together at a given time, to work together,” Murphy says. She adds that at her school, many law professors teaching an online course with a synchronous component don’t count students as present if their cameras and microphones are turned off.

“Many professors spend the first night saying, ‘Let’s talk about how you appear,’ on video,” says Murphy, adding that students probably shouldn’t eat on camera or interact with their pets.

“I don’t want you distracted by your cat, and that may be a distraction to others,” she says. “I do love it when students introduce their kids, that can be a lot of fun.”