Are software patents about to make a comeback? Revised guidance may do just that 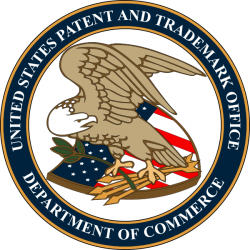 Revised rules from the U.S. Patent and Trade Office could bolster software patents.

Published in early January, the rules would affect subject matter eligibility for patents under 35 USC § 101, which determines whether a product or process is abstract and, thus, not patentable. The updates enumerate what is abstract, thus opening the door to increased software patents. The changes would affect the Manual of Patent Examination Procedure, the guide used by patent examiners when determining whether to approve a patent application.

“These guidance documents aim to improve the clarity, consistency and predictability of actions across the USPTO,” said Andrei Iancu, the agency’s director and undersecretary of commerce for intellectual property, in a statement. “The USPTO will provide training to examiners and administrative patent judges on both documents to ensure that guidance is being properly administered.”

Abstract ideas and laws of nature are not patentable in the United States. However, what is abstract is a point of debate, even among the federal courts.

The U.S. Supreme Court ruled in Alice Corp. v. CLS Bank International in 2014 that generic computer implementation of an abstract idea—in this case a contract settlement system—is not a patent-eligible invention. The case has been widely interpreted as limiting the patentability of software used for business methods.

Since the court’s decision, the U.S. Court of Appeals for the Federal Circuit—the highest appeals court hearing patent claims below the Supreme Court and generally seen as favorable to software patents—has been working to blunt the impact of Alice, according to a 2016 story from Ars Technica.

In Enfish, LLC v. Microsoft Corp., decided in 2016, the CAFC ruled that a database’s table indexing scheme was not abstract under Alice and was therefore patentable. Even with this decision, many are unclear how Alice Corp.’s contract system was abstract and Enfish’s database index was not.

“The Federal Circuit is still trying to sort out when to apply Alice’s boundary for an abstract idea and when to apply Enfish’s more stringent boundary,” wrote patent expert and economist Ben Klemens in an Ars Technica opinion story Jan. 10. “Some think which of the two opinions are applied is not a question of facts or law but of which judges are randomly assigned to a case.”

The changes attempt to narrow what is considered abstract by enumerating abstract concepts, like “mathematical concepts, certain methods of organizing human activity, and mental processes,” according to the USPTO’s statement. This might be insufficient, however. As Klemens noted, “mathematical” is not defined, which might leave open questions about whether the math behind encryption processes and software, for example, are patentable.

The rules also include changes to “Examining Computer-Implemented Functional Claim Limitations for Compliance with 35 USC § 112” as to reflect the changes to Section 101.

The USPTO is accepting public comments on the guidelines until March 8, according to the statement. Written comments can be emailed to [email protected].