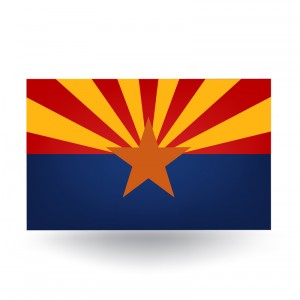 Arizona officials have “gone to considerable lengths to revive the state’s mothballed gas chamber,” according to a recently released report by the Guardian.

Officials checked to make sure that the facility is airtight, according to partly redacted documents obtained by the Guardian. They spent more than $2,000 to buy the ingredients for lethal hydrogen cyanide gas.

The chemical ingredients could make the same poison used in Nazi death chambers, report the New York Times and the Washington Post. The report of Arizona’s cyanide preparations has provoked outrage and condemnation.

The gas used by Nazis was sold under the trade name Zyklon B. At Auschwitz, 865,000 Jewish people were killed with Zyklon B, according to a historian at the Holocaust Memorial Museum who spoke with the New York Times.

Arizona allows inmates to choose the gas chamber, rather than lethal injection, if they committed a capital offense before Nov. 23, 1992. Arizona’s attorney general, Mark Brnovich, a Republican, has said he intends to seek the execution of two men who committed murders before that date.

Arizona has not confirmed that it plans to use the gas, according to the New York Times. But the Arizona Department of Corrections, Rehabilitation and Reentry said in a statement it was “prepared to perform its legal obligation and commence the execution process as part of the legally imposed sentence, regardless of method selected.”

Arizona last carried out a gas chamber execution in 1999. According to a newspaper account of the execution, the prisoner choked, gagged and coughed. His hands were “red and clenched.” He died after 18 minutes.

Deborah Denno, a professor at the Fordham University School of Law, told the Washington Post that gas executions take longer, and cyanide gas is “the most gruesome” of all execution methods in the United States.

Six other states also allow executions with lethal gas, according to the Washington Post. They are Alabama, California, Mississippi, Missouri, Oklahoma and Wyoming. Three states—Oklahoma, Mississippi and Alabama—also allow nitrogen hypoxia executions that use nitrogen to deprive the body of oxygen.