Around the Blawgosphere: A Stephen Colbert Hypo; Bloggers Pay Last Respects to One of Their Own

Chicago lawyer Jeff Nowak used Stephen Colbert’s recent absence from taping his Comedy Central program, The Colbert Report, to explain “a little-used, often forgotten rule under the Family and Medical Leave Act” at his blog, FMLA Insights. It has been widely reported that Colbert canceled those two tapings because his 91-year-old mother was ailing.

“Let’s suppose for an instant that we lived in the bizarro world, and Comedy Central wanted to get rid of Colbert as quickly as NBC chucked Conan O’Brien from the Tonight Show,” Nowak wrote. Could the network do so under FMLA over Colbert’s family-related absence? Nowak says that it technically could under the act’s “key employee” exception if Colbert met two conditions: 1) If Colbert were among the highest-paid 10 percent of Comedy Central’s employees; and 2) if “having to reinstate Colbert would cause substantial and grievous economic injury to Comedy Central’s operations.”

Also, in this hypothetical situation, Comedy Central would have had to given Colbert written notice at the start of his leave to explain “the potential consequences with respect to reinstatement and maintenance of benefits.” If they failed to do that, they’d have to reinstate him, regardless.

A Page from Her Book

Careerist guest blogger and Corporate Counsel editor in chief Anthony Paonita talked to Helen Wan, the primary in-house attorney for Time Inc.’s lifestyle magazines and the author of a novel for St. Martin’s Press expected to come out in May 2013. It’s tentatively titled The Firm Outing.

Wan told Paonita that she started the book during a leave of absence from as an associate at a Manhattan boutique media and advertising firm. During the leave, she treated writing the book as a job, setting up shop at the New York Public Library’s Rose Main Reading Room. But she didn’t finish the book during leave; she kept writing after she returned to full-time work, and finished it nine or 10 years after she started. She said she found an agent at a “How to Pitch to Agents” event at which she pitched her book for five minutes to an agent and left him five pages of her manuscript. Eventually, she became his client.

What’s the book about? “It’s a story of a young woman of color up for partner at a very, very, big, high prestige law firm,” Wan told Paonita. “She encounters a glass ceiling and it’s about what she does about it. Really, it’s about an outsider basically learning the rules of survival in a world where it’s very, very, important to be on the inside.” 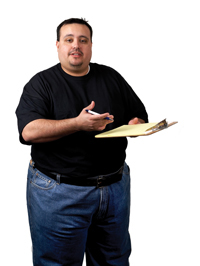 Price was a Mac devotee who was the ABA Journal’s featured iPhone expert in our “Droid v. iPhone” feature in 2010. Mac Lawyer blogger Ben Stevens was one of many to devote a post to his memory.

“I try to surround myself with smart friends, and Finis was one of the very brightest,” Stevens wrote. “Whenever I encountered a tech issue that I couldn’t figure out, I’d reach out to Finis, usually in a time of great need and often at odd hours. He would always provide a solution that worked, without exception.”

“He helped numerous older lawyers, and newer ones too, adopt the latest technologies that would allow them to compete with the large insurance defense firms,” Jones wrote. “Finis cared about seeking justice and making sure that injured clients had it—whether they were his clients or someone else’s clients.”

Previous:
Another Federal Judge Appoints Counsel for Man Claiming to Have Been Fired Over Jury Duty