New York City solo Dwayne Allen Thomas writes at My Shingle that he prefers to define networking as “making friends” rather than cultivating advantageous contacts.

“I like the ‘make friends’ approach because I think it’s easier—especially since people can spot both fake smiles and fake laughter,” Thomas wrote. “This was the approach I unknowingly used to get dates at networking meetings, and eventually this was the same approach that helped me to build relationships with people who have been more helpful to the beginning of my career than I could possibly have imagined.”

Two other ways to get something out of networking events:

• Be the organizer of the event. Thomas was an events coordinator in law school. “When the events were over, I noticed a curious side effect: the people who were in the best position to help me sought me out, gave me their business cards, and told me to contact them. … I hadn’t realized it at the time, but I didn’t just put on event—I showed a room full of people what I was able to do. I showed potential, and that I was able to put in a fair amount of work to get things done.”

• If you’re attending a panel, ask an intelligent question. “If you’re not sure what qualifies as ‘intelligent,’ then attend a few panel discussions and just pay attention to the questions. If you do, you’ll begin to notice a pattern in the kinds of questions people typically ask. Don’t ask those questions. … If what you have to say resonates with the room, it makes it that much easier for you because people in the room now know you as ‘that person who asked the intelligent question.’”

At Attorney at Work, anonymous blogger “Otto Sorts” writes about shooting down an idea at a meeting. “I admit I was a little hard on my colleagues, but in my defense, their idea was an old one we tried years ago to no avail. Still, I guess they felt I was a bit harsh in the process of shooting it down (again), because when I left the room, I overheard one of the younger guys comment, ‘Well, isn’t he the cranky old bastard!’”

He wonders whether his resistance to this idea and others is actually wisdom or just weariness. “Have I … seen too much to be able to try something new again? Have I experienced so much that I can only see the possibility of failure?”

He concludes he should look back on his past experiences more critically, share his criticisms more diplomatically and “try a little attitude adjustment and be more positive. Hey, why not enjoy things rather than carp about them? Nobody likes grumpy old bastards, and I don’t like being one.”

At the Litigation Consulting Report, Ken Lopez writes that when doing a task repeatedly, it is helpful to figure out about how much preparation it takes to do it right. “Once you know how long great work takes, you stop second-guessing your schedule as you do the work.”

For “giving speeches, planning an opening statement, prepping for a mock trial or making a sales presentation,” Lopez finds that the ration of preparation to speaking time is 30:1—that is, if the speech is an hour, you should allot at least 30 hours to write, prepare and practice it.

Lopez thinks that this amount of preparation unfortunately does not often go into legal work. “Perhaps driven by client cost pressure, very few litigators are practicing like they should be. The ones who do are mostly those at the top of the profession. Perhaps it is because they have less cost pressure and can afford to conduct multiple rounds of mock trials and other preparation events.”

Look to the Spurs 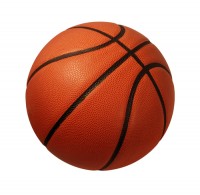 “I was reading a debate on the NBA [finals] where the commentators were wondering how an older team could beat the better players?” Heather Morse wrote at the Legal Watercooler. “And not just beat them, but crush them.”

Morse is referring to the San Antonio Spurs’ victory in five games over the Miami Heat. Their victory came in spite of Spurs star Tim Duncan being 38, and the Miami Heat having three superstars—LeBron James, Dwyane Wade and Chris Bosh—with salaries of around $19 million per year.

“Very simply stated, the San Antonio Spurs played as a cohesive team, competing with the Miami Heat for the title; while the Miami Heat players competed against one another for the ball.”

Morse says she too often sees the losing dynamic at law firms. “Lawyers down the hall, or in other offices, competing against one another for work, then wondering why the smaller, less prestigious, or more expensive firm got the business? How often are client ‘teams’ built based on ‘protecting’ an individual partner’s relationship (origination credit), rather than deepening the client’s relationship within the firm?”