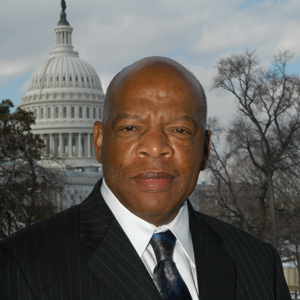 U.S. Rep. John Lewis of the 5th District of Georgia.

At first, Nashville city officials said there were no arrest records in existence for U.S. Rep. John Lewis, a Democratic congressman from Georgia who was the chairman of the Student Nonviolent Coordinating Committee from 1963-1966.

Nashville Mayor Megan Berry presented the records to Lewis earlier this month at Martin Luther King Jr. Academic Magnet high school when he was in the city to receive a literary award for his graphic novel trilogy about the civil-rights movement, March. The third book in the trilogy was also a 2016 National Book Award Winner for Young People’s Literature. 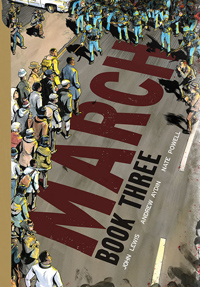 The Tennessean says Ewing is “known for uncovering the cool and quirky items of Nashville history.” He first requested Lewis’ arrest records about 15 years ago, and he kept asking even though he was told the records didn’t exist. The last time he inquired, he was directed to the recently unearthed files, which were being used to teach police recruits.

“It’s one of the most memorable moments I have had in research history,” Ewing told the Tennessean. “It inspires a whole new generation to stand up and not be afraid.”

The records Ewing received were from three arrests, in 1961, 1962 and 1963; the arrests were for disorderly conduct, breach of the peace and resisting arrest.

Lewis told the AP that Nashville had been the site of his first arrest, and that in the course of his civil rights work he had been arrested 45 times. “I’m probably going to be arrested again,” he said to the news service.

“You have a moral obligation, a mission and a mandate to stand up to speak out,” Lewis, a recipient of the Presidential Medal of Freedom, told the assembled students at the presentation, the Tennessean reports. “We need your energy, your commitment, the dedication of our youth to lead us to a better place. We need you now more than ever before.”

The arrest records will be on display at the Nashville Public Library.