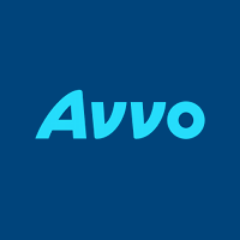 The lawyer directory website Avvo has begun testing a service that offers fixed-fee, limited-scope legal services through a network of attorneys, and plans to roll out the service more broadly over the next few months.

Called Avvo Legal Services, the service offers a variety of limited-scope legal services at a fixed fee. Services range from review of legal documents such as business contracts and nondisclosure agreements to more involved matters such as uncontested divorces and citizenship applications.

Avvo is testing the service in five cities: Atlanta, Chicago, Dallas, Houston and Phoenix. It will begin rolling it out to additional markets in February, said Laura Moriarty, Avvo’s vice president of communications. Moriarty declined to identify the markets where it will initially be offered except to confirm that one will be Massachusetts.

Avvo first got into the business of offering legal advice last year when it launched Avvo Advisor, a service that provides on-demand legal advice by phone for a fixed fee of $39 for 15 minutes. With this new service, Avvo will determine the types of services to be provided and the prices. Attorneys who sign up will be able to select which services they want to offer. When a client buys a service, Avvo sends the client’s information to the attorney. The attorney then contacts the client directly and completes the service.

Clients will be able to choose the attorney they want from a list of those within their geographic area who have registered to participate. Clients pay the full price for the service up front.

The terms of the service require attorneys to contact a new client within one business day for a 30-minute introductory call. If the attorney determines the client is not the right fit, the attorney can decline the representation.

In an FAQ about the service on Avvo’s website, Avvo’s general counsel Josh King says lawyers should not be concerned about the ethics of the fee arrangement.