Axiom expands into Canada by acquiring part of Cognition 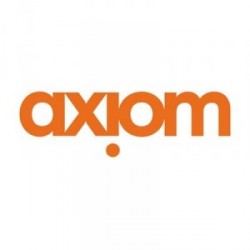 Axiom has made a big move into Canada by purchasing the general counsel business of Cognition, one of the largest legal services providers in the Great White North.

Cognition, an alternative legal services provider and law firm, represents corporate clients with law departments and small businesses that don’t have internal legal departments. According to a Thursday press release, Cognition will split in two, with Axiom acquiring the part of the firm that represented corporate law departments. The general counsel business acquired by Axiom will now be known as Axiom Cognition. Meanwhile, the part of Cognition that represented small and medium-size businesses that lacked law departments will remain independent and will be known as Caravel Law.

Joe Milstone, co-founder of Cognition, said in the press release that he had known and collaborated with the people at Axiom for years, and was confident that the two could work together to make the legal industry more efficient.

“As law firm associates, [Axiom CEO] Mark Harris and I both had separate, but similar, ‘aha’ moments in realizing the extreme inefficiencies at work in a traditional law firm environment,” Milstone said in the press release. “Since then, we’ve both made it our mission to rid the legal world of those inefficiencies.”

Meanwhile, for Axiom, the deal provides a good opportunity for entry into the Canadian market. “Boasting a portfolio of almost 50 lawyers and a client roster that includes 60 leading global corporations, Cognition has been the undisputed ‘new law’ leader in Canada since its inception 10 years ago,” said Will McKinnon, senior vice president of new market development at Axiom, in the press release. “The ability to build on Cognition’s reputation and standing in the market validated our means of entry into the region. Indeed, the acquisition will give Axiom not only an immediate team of highly skilled and credentialed lawyers, but introduction to Canada’s most progressive and influential general counsel, with whom Cognition already has trusted and long-standing relationships.”

Axiom Cognition, which will be based in Toronto, will be Axiom’s sixth international office and 16th office overall.

McKinnon confirmed that Axiom will only own the GC business part of Cognition. “Axiom Cognition will continue to serve the needs of the GC by plugging our lawyers into clients’ existing infrastructure, handling complex, sophisticated legal work, either onsite or remotely leveraging technology,” he said in an email. “Axiom recognizes there is a need to service companies without internal legal departments, and we know that Caravel Law will successfully execute that work.”

McKinnon also said there were no regulatory hurdles in the deal and that he expected it to close within the next few months.