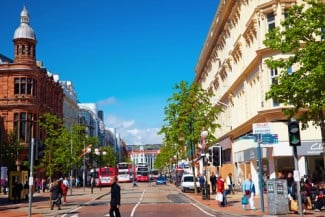 Baker & McKenzie has chosen Belfast as the location for a second back-office operations center.

The law firm expects the new office to employ about 120 professionals by the end of its first year of operation, rising to between 200 and 250 employees at the end of three years, according to a press release. The Am Law Daily, the Lawyer and the Belfast Telegraph have stories.

The law firm has operated a Manila-based back-office operations center in the Philippines since 2000, employing 600 staffers. The Belfast office will work on due diligence and deal closings, and provide support for information technology, human resources and payroll, according to the Am Law Daily.

Executive committee chair Eduardo Leite told the Lawyer that the Belfast center will have more lawyers, paralegals and senior project managers than in Manila.