Before working for Trump, Michael Cohen was a personal injury lawyer 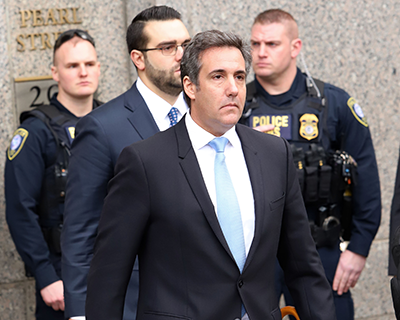 Before Michael Cohen was President Donald Trump’s personal lawyer, he was a lawyer for the Trump Organization. And before he held that position, he “roamed the courthouses of New York City,” filing lawsuits on behalf of people injured in auto accidents, according to Rolling Stone.

After graduating from Thomas M. Cooley Law School in 1991, Cohen went to work for Melvyn J. Estrin. Cohen left the firm in 1995, the same year that Estrin was accused in a scheme to bribe insurance adjusters to inflate damage estimates, Rolling Stone reports. Estrin pleaded guilty to second-degree bribery.

Cohen ran his own legal practice from 1996 to 2006, and he represented hundreds of clients, his lawyers said after the April 9 FBI raids on Cohen’s home, office and hotel room.

Some of Cohen’s clients were accused by insurers of being affiliated with insurance fraud rings that staged accidents, though there is no evidence that Cohen knowingly filed any false claims, according to Rolling Stone’s investigation.

Cohen was never charged with any wrongdoing.

In one case, Cohen filed a lawsuit on behalf of Tara Pizzingrillo, who was a passenger in a car struck by a rented vehicle in 1999. The defendant was the driver of the rental vehicle, Brian McFarland. While the case was pending, Pizzingrillo and McFarland were accused of participating in a phony accident ring involving rented U-Haul vehicles. Both pleaded guilty to third-degree insurance fraud, and Cohen’s lawsuit was withdrawn, according to the story.