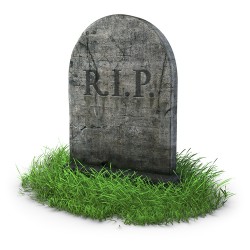 An Alabama man who wants to keep his wife’s remains buried in his front yard has lost his bid to have the state supreme court hear his appeal.

The Alabama Supreme Court refused to hear the appeal by James Davis, leaving intact an appeals court ruling against him, Al.com reports in a story noted by How Appealing. Five justices rejected Davis’ appeal while three justices—including Chief Justice Roy Moore—wanted to grant the petition.

James Davis, 74, had been married to his wife, Patsy, for 48 years when she died in 2009. He said he was following her wishes when he buried her in his yard in the town of Stevenson. His lawyer had argued the burial plot didn’t fall within the laws regulating cemeteries. The town, on the other hand, had said the law bars using yards within the city limits to bury human remains.

Parker Edmiston, who represented the municipality, told the Associated Press that “our heart has always gone out to Mr. Davis in the loss of his wife, but he just didn’t follow the law in this case.” He said the body would be moved to a “proper cemetery,” possibly the city cemetery that offered two plots to settle the case.

Davis told AP he doesn’t have the money to pursue further appeals. “I still ain’t got no justice,” he said.

Previous:
What is the worst email you accidentally sent or received? And what were the consequences?