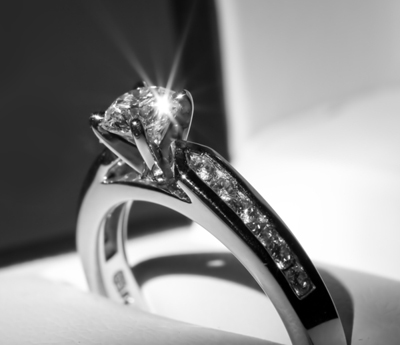 A Troutman Sanders associate has sued his former fiancée for return of a 4-carat engagement ring that cost about $100,000.

Ryan Strasser filed the suit Monday in Washington, D.C., federal court, report Law.com and Marketwatch. He contends the ring was a conditional gift to Sarah Jones Dickens that should be returned following a “highly contentious breakup.”

Strasser bought the ring with savings, credit cards and a $30,000 personal loan that is costing him about $913 a month through January 2020, according to the suit. Strasser says he had budgeted $40,000 for the ring, but Dickens had insisted she deserved a large diamond of 3.5 to 5 carats.

Strasser was a Hogan Lovells associate when he proposed to Dickens in February 2017 in a public location where a professional photographer was able to document the occasion.

The relationship later soured, however, and ended after “a particularly dramatic weekend” last January, the suit says. At that time, Dickens called Strasser’s parents and informed them she was unhappy with the relationship, Strasser wouldn’t stop crying, and she wanted them to come get him out of the house, according to the suit.

Strasser left even though he had been paying all of the $4,800 monthly rent on a five-bedroom house while Dickens was working on her dissertation in art history, the suit says. He thought a deal had been reached to allow Dickens to remain on the property while finishing her dissertation, as long as she returned the ring. But Dickens later announced the deal was off and the ring belonged to her forever, according to the suit.

The suit seeks return of the ring through replevin and alleges conversion “of the wrongfully possessed ring.”