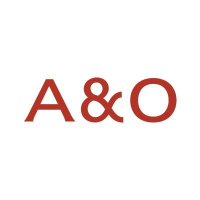 Lawyers and staffers at several Allen & Overy locations aren’t being subjected to the annual ritual of performance reviews as part of a pilot program.

The program, in place since October, affects about 500 fee earners and staffers, report Legal Business and the Careerist. The firm provides feedback through dialogue rather than formal appraisals.

Elizabeth Mercer, Allen & Overy’s corporate public relations manager, tells the Careerist that the program has been so well received that the firm plans to expand it to more offices and practice groups by the end of the year. Initially, the firm rolled out the program in London, Singapore and the Middle East.

“The feedback on this has been positive,” Mercer says, “particularly in engaging with female associates on their career development. We didn’t do it originally to retain female talent, but the positive feedback has been noticeable.”

The Careerist explores a possible reason why females are particularly pleased with the program. Studies have shown women are often judged more harshly than men on performance reviews.

In one study, for example, researchers analyzed performance evaluations of 234 junior lawyers at an unnamed Wall Street law firm. The study found that men did better on numerical ratings that mattered for promotion, even though narrative comments favored women or treated them the same as men.