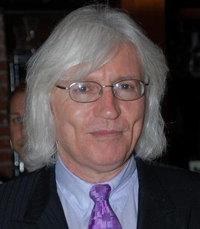 Bill Cosby has hired Los Angeles lawyer Tom Mesereau, the lawyer who won an acquittal for Michael Jackson in his 2005 child molestation trial.

Mesereau is part of a new legal team that will represent Cosby when he is retried on charges of aggravated indecent assault, report the National Law Journal (sub. req.) and Philly.com. Jurors deadlocked in Cosby’s first trial for the alleged 2004 assault of Andrea Constand, who had alleged Cosby gave her pills, supposedly to help her relax, before molesting her.

The other new lawyers are Kathleen Bliss and local counsel Sam Silver of Schnader, Harrison, Segal & Lewis in Philadelphia. Bliss is a former partner at Lewis Brisbois Bisgaard & Smith and formed her litigation boutique in 2015 near Las Vegas. Silver had represented Cosby in civil litigation.

On Tuesday, the new lawyers obtained a trial delay until next March to give them time to prepare, report Reuters and Page Six. The retrial had been scheduled for Nov. 6.

One of the lawyers representing Cosby in the first trial, Brian McMonagle, gave a theatrical closing argument in which he pounded the defense table, and spoke at times in whispers and at other times in “exasperated shouts,” according to earlier press coverage.

Cosby publicist Andrew Wyatt said after the hearing on Tuesday that he and McMonagle got along, but changes had to be made, according to the Reuters account. Wyatt said that hiring Mesereau to replace McMonagle was like upgrading from a Mercedes-Benz to a Rolls-Royce.