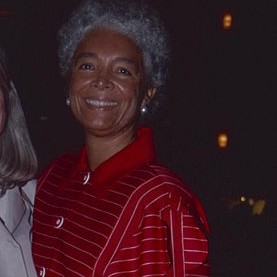 Cosby’s wife, Camille, lambasted not only Steele, but also the judge, the media and lawyers for Cosby’s accusers. The New York Times published the statement, also posted on Twitter, along with other reaction after Judge Steven O’Neill declared a mistrial Saturday.

O’Neill declared a mistrial after jurors remained deadlocked after 52 hours of deliberations, Reuters, the Los Angeles Times and the Washington Post report. Steele said in a news conference following the verdict that Cosby’s accuser, Andrea Constand, is “entitled to a verdict in the case.”

Jurors had first told O’Neill on Thursday that they could not reach a unanimous verdict. The judge told them to keep deliberating. By Saturday morning, the seven men and five women on the jury had deliberated for more hours than the time spent on the trial presentation, according to the Washington Post.

Two African-Americans were on the jury. Most jurors appeared to be in their 20s and 30s.

Cosby was charged with three counts of aggravated indecent assault.

Constand had testified during the trial that Cosby gave her three blue pills, saying they would help her relax, before he sexually assaulted her in 2004 at his suburban Philadelphia home.

Constand said that, after she took the pills, Cosby led her to the couch and she lost consciousness. She awakened to find Cosby groping her and penetrating her with his hand.

A lawyer for Cosby argued in his closing that the sex between Cosby and his accuser was consensual and the pills he gave her were not disabling.