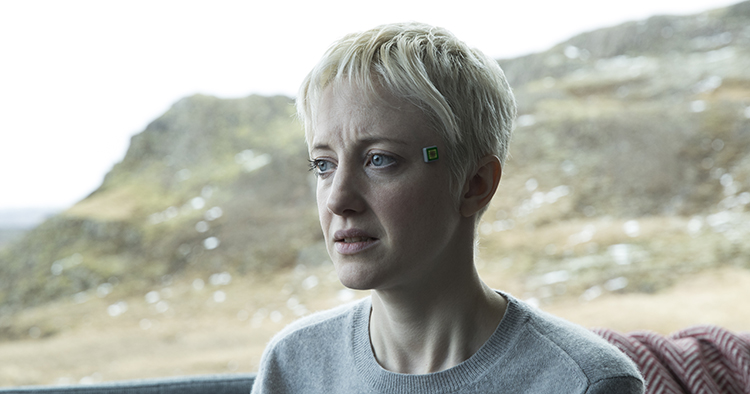 A witness to an accident in the “Crocodile” episode of “Black Mirror” wears a small device on her head to transmit her recollections to a portable screen. Netflix

Imagine you are a witness to an accident. You had no fault in the accident, and you weren’t injured. Still, you’re a witness. A third party comes to question you about your recollection. Instead of simply reiterating what you saw, you are forced to relay every sordid detail of your past against your will.

The popular science fiction series Black Mirror is at first blush an unlikely place to begin a discussion about evidence in courtrooms. The British series revolves around advanced technologies and the influence they have on a society set in a fictional near-future.

Some of the devices featured on the series, such as a machine capable of reading a person’s memories recently featured in the episode “Crocodile,” are surprisingly similar to technologies that currently exist—although not quite at the same advanced levels depicted in the sci-fi series. After watching “Crocodile,” I was reminded of some newer technologies currently available that could have far-reaching legal implications if and when they are allowed in all courtrooms.

BARE BASICS REGARDING ADMISSIBILITY OF EVIDENCE

Ask anyone about evidence, and you’ll get a pretty standard reply: “evidence” is what lawyers use to prove or rebut a fact or an issue in controversy. Whether witness testimony, photographs of a crime scene, or a person’s post on Facebook can be used as evidence at a trial depends upon a court determining that the offering is relevant, material, and competent. Relevant evidence tends to help prove a fact. Material evidence is relevant evidence offered to prove or disprove a fact or issue in a particular case.

The competence inquiry is a whole different beast though. As our current society continues to evolve and change at an exponential rate, courts are continually confronted with new aspects of technology. They are tasked with deciding how those developments fit into the evidentiary code. Competent evidence is reliable, and not all scientific breakthroughs have reached the point where they are accepted among the relevant scientific community.

WHAT THE HUMAN BRAIN TELLS US

As far as we know, technology hasn’t evolved yet to the point where a small device can be placed on your head to transmit your “recollections” and memories to a portable screen. If it has, it’s obviously not available at the consumer level as depicted in Black Mirror.

The science though is somewhat similar to brain-scanning research currently being conducted through the use of functional magnetic resonance imaging. An fMRI won’t display a movielike re-enactment of your memories, but the scan does depict blood flow within the regions of the brain as a measure of neural activity. Proponents suggest the images depicting brain activity allow researchers to tell whether a person is telling the truth or lying, among other uses.

One neuroscientist characterized the scans as being up to 90 percent accurate in revealing deceitfulness, but other experts point to an ever-present X-factor: FMRI and other types of brain scans are still dependent on a potential flawed subject. Other opponents argue scans of the brain of a person imagining an activity can appear identical to those of someone who actually engaged in it.

Brain scans have been used in civil court proceedings to prove the existence of pain. Unlike a broken bone or scar, pain is not something easily shown to the jury.

Every litigator has been there: How can you proffer proof to a jury about something so subjective? Sure, you can show how the purported pain affects your client, but you are still left with an incomplete explanation as to the whether your client’s subjective experience is reasonable. An fMRI image of the brain showing activity indicative of pain could be used to support an accident victim’s testimony. Still, widespread use of this type of evidence must comply with the rules of admissibility of evidence. 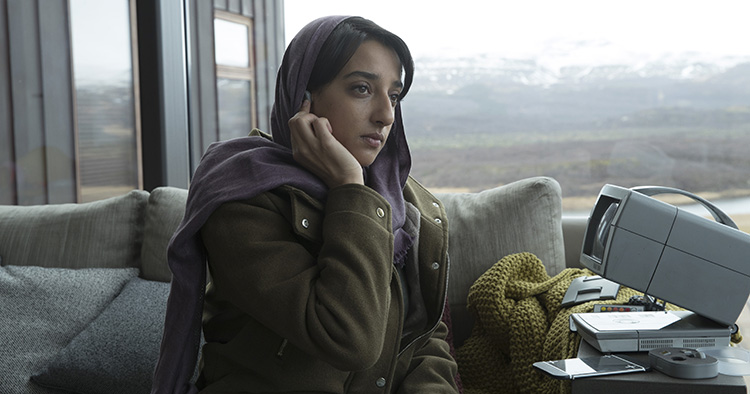 In the “Crocodile” episode of “Black Mirror,” an insurance claim investigator uses a recall machine to access people’s memories. Netflix

When the insurance investigator in “Crocodile” asks the witness to submit to the scan, she doesn’t hesitate to throw in the fact that the government has now mandated acquiescence to the procedure. Conversely, attorneys and practitioners oftentimes encounter many issues when trying to utilize new science in the courtroom.

Rules governing the use of brain scans and other evidence produced through cutting-edge technology differ from one state to another. Some states adopt admissibility rules similar to those used by the federal courts.

Brain scans and other scientific evidence rely on expert witnesses to interpret the results to juries and judges. Federal Rule of Evidence 702 permits a witness to offer an expert opinion provided the following criteria are met:

The U.S. Supreme Court has ruled that theories upon which expert witnesses base their testimony must be generally accepted, tested, and subjected to peer review. That is easier said than done.

WHAT THIS MEANS FOR THE FUTURE OF ATTORNEYS

Regardless, it’s not far-fetched to imagine a day sometime in the not-too-distant future when fMRI evidence and the like will be admissible in all court proceedings. Then again, remember that polygraph evidence has been around since the 1920s, and any mention of it to a jury will more than likely result in sanctions and a mistrial in the majority of jurisdictions.

Obviously, there are some distinctions to draw between the potential future of polygraph and fMRI technology. The common complaint with polygraph results is the ability of the tester and/or test-taker to alter the conclusions though subjective bias or manipulation. If the scientific community were able to develop a greater understanding of the areas of the brain, along with a standardized and universally accepted method for interpreting fMRI scan results, much of the subjective analysis and potential for manipulation would disappear.

Regardless, the subjective aspect of testing has not completely ruled out the results. In the 1998 case United States v. Scheffer, the Supreme Court upheld the Military Rules of Evidence prohibition regarding polygraph results. The ruling, however, left individual jurisdictions the ability and authority to produce their own evidentiary rules regarding the admissibility of polygraph evidence (it’s allowed in New Mexico, for example). Consequently, the idea of fMRI tests becoming admissible, too, might not be so incredible after all.

The use of brain scans to determine if a person is lying or telling the truth might be acceptable in science-fiction dramas, but until scientists and researchers agree on accuracy and reliability, their use to decide a person’s guilt or innocence in court will have to wait. Looks like litigators still have some job security for the time being.