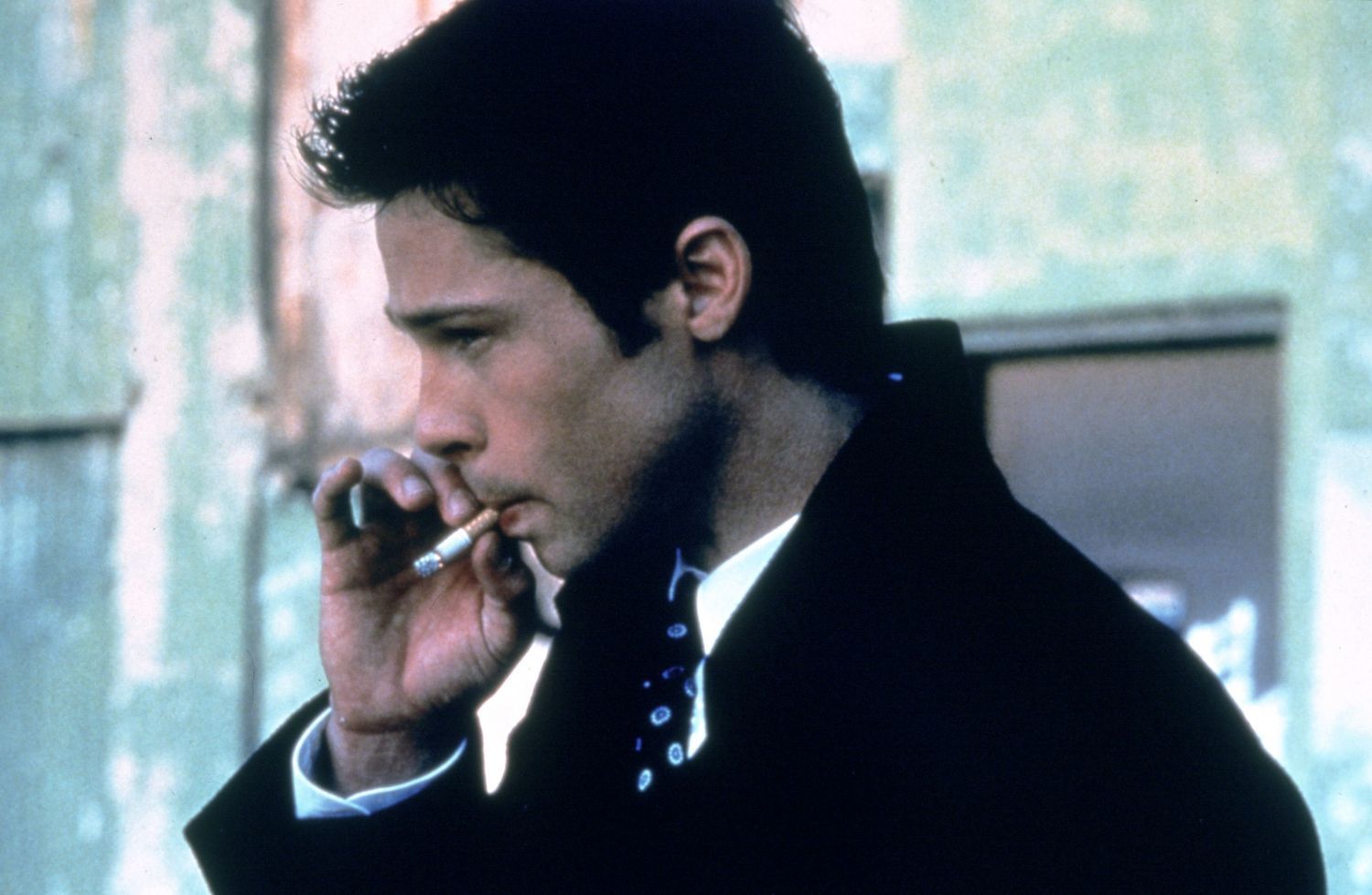 I remember the first time I watched Reservoir Dogs on VHS. Then came True Romance and Pulp Fiction. Quentin Tarantino completed his early to mid-90s screenwriting tetrad with perhaps my favorite vampire film: From Dusk till Dawn (it’s right up there with The Lost Boys if you’re into random acts of vampire extinguishing violence). Needless to say, I’ve been a huge Tarantino fan for almost three decades now.

The newest Tarantino film, Once Upon a Time in Hollywood, is drawing rave reviews. I have a 1-year-old and very few babysitters, so it might be a bit before I see it myself. That’s always a tough pill to swallow, especially when you love film, and you know a particular movie is not only directed by one of your favorite directors (Tarantino) but also stars one of your favorite actors (Brad Pitt).

As an Oklahoma boy myself—Pitt was born about 45 minutes from my office—the longing for some cinematic bliss made me think of all Brad Pitt’s silver screen characters throughout the years. That train of thought led me to remember his role in Sleepers.

Reader beware: There are a few spoilers to follow. Sleepers is a coming of age story centered around four young friends growing up in Hell’s Kitchen and the tragic set of circumstances that lead them to serve juvenile sentences in the Wilkinson Home for Boys.

Sadly, the four boys receive their punishment in ways no person should ever experience. The first half of the film is not for the faint of heart. It puts a somewhat explicit focus on the physical and sexual abuse the four endure at the hands of four specific guards.

The film, which is based on the 1995 bestselling book by the same name, begins with the narration, “This is a true story about friendship that runs deeper than blood.” While Lorenzo Carcaterra, the book’s author, still sticks to his position, the notion that Sleepers is actually a true story was hotly debated at the time of its release.

Upon leaving the “reformatory,” the four boys swear never to report the abuse they endured and never speak of it again. As with most young friendships, the boys grow apart and in turn go their separate ways. Two become career hitmen. One becomes a newspaper reporter. Brad Pitt’s character finds himself as an up-and-coming assistant district attorney.

From my research, I feel comfortable stating that Sleepers is the first and only acting role in which Pitt was cast as an attorney. If there is another role in which he played an attorney, his status as a member of the bar is either merely mentioned in passing or utterly inconsequential to the character as a whole.

Thirteen years after the abuse, the two friends who became career criminals stumble upon one of the guards who physically and sexually molested them. Seeing as they are hired killers, you can imagine how the chance encounter turns out. The two are quickly arrested and charged with murder.

Pitt’s character takes on the prosecution. The matter is touted as a stepping stone for the ambitious prosecutor, as the case is a baby seal (that’s what we in the biz call a fact pattern with no chance of defending itself). The killing was committed in a crowded restaurant, with multiple eyewitnesses, by two individuals with significant prior criminal histories.

However, Pitt has another idea. He plans to throw the trial and accomplish two goals: 1) bring out the abuse allegations against the former guards and 2) make sure each defendant walks with a not guilty verdict.

Throughout the movie, Pitt puts plenty of pieces in motion to strengthen the defense while also keeping up appearances. I’m not going to get into everything he does, as his actions are clearly unethical on multiple levels. However, the fact that he takes the case in the first place raises some very interesting questions with more widespread application.

I’ve practiced criminal defense my entire career. I’ve never been a prosecutor, and I’ll probably never be one. As such, I can’t speak to the internal workings of a district attorney or United States Attorney’s office. I don’t know how they vet their assistant prosecutors.

A potential employee’s background will possibly come up during a job interview in various areas of employment, and the practice of law is likely no different. While employers must be careful regarding the depth of their questions and the specific issues they touch on during an interview, I would think it extremely important to question a potential prosecutor about their prior history as a victim, if and when permissible (I’m not an employment law attorney, so I won’t pretend to know the ins-and-outs).

I do believe an attorney who has been a victim of a crime, in general, prior to becoming a prosecutor can provide a valuable and unique perspective. So much of a prosecutor’s job revolves around communicating with victims. With that in mind, a prosecutor who has been in the victim’s shoes can offer words of assurance while also forming a bond of trust. This is true in the same way a criminal defense attorney might connect with clients on a different level if the defense attorney has previously been arrested or charged with a crime.

However, the line can potentially blur when prosecutors only prosecute the types of cases they personally suffered through. Many larger jurisdictions divide prosecutors into “teams” that denote the cases they are assigned. If you are on the domestic violence team, you will only prosecute those specific cases. Consequently, issues could arise if you are a prior victim of the same.

It’s foolish to believe that attorneys, as humans, can completely turn off their emotions and leave their past in the parking lot before entering the courthouse. As such, human nature suggests that a prosecutor who has been a victim of a particular type of crime may have difficulty escaping the tunnel vision that easily engulfs an attorney’s opinion of their case. This is especially true once they become invested in the representation. That could potentially cause a slippery slope toward a violation of Rule 3.8 of the ABA Model Rules of Professional Conduct.

Furthermore, as noted in the ABA Criminal Justice Standards for the Prosecution Function, “[t]he prosecutor should avoid an appearance of impropriety in performing the prosecution function.” Although the section devoted to conflicts of interest makes no explicit note regarding a prosecutor prosecuting the person who victimized them, “[t]he prosecutor should not participate in a matter in which the prosecutor previously participated, personally and substantially, as a nonprosecutor … ” As a victim, the “participation” would obviously be involuntary, but it would be personally and substantially as a nonprosecutor, nonetheless.

In the end, if there is even a possible appearance of impropriety, “[t]he prosecutor should disclose to appropriate supervisory personnel any facts or interests that could reasonably be viewed as raising a potential conflict of interest.” There’s a fair argument that one’s status as a prior victim might fit that bill.