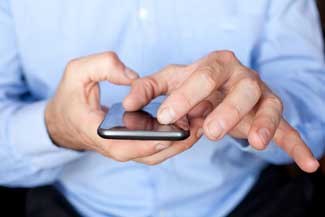 A staff member at Buchalter has filed a lawsuit against the law firm and the chair of its product-liability practice alleging that the partner made sexually inappropriate comments and used acronyms to convey sexually harassing messages.

The suit was filed in California state court July 18 by Karen Hurdle, who was hired in June 2016 as a legal analyst at Buchalter, Law360 reports. Her title was later changed to “senior legal administrator products liability.”

The product-liability chair, Gary Wolensky, was Hurdle’s supervisor. The suit alleges that Wolensky used sexually harassing acronyms in an email and on her office whiteboard that referred to oral sex. 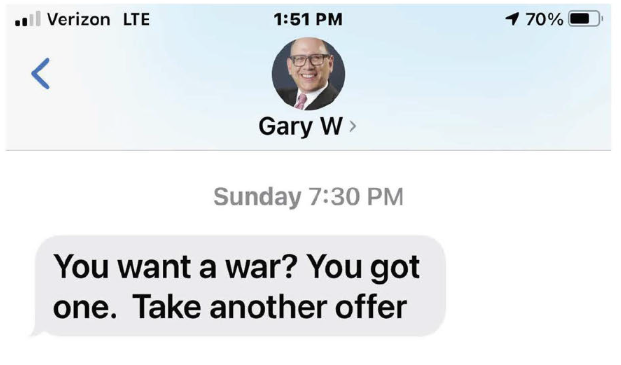 According to the suit, management laughed after hearing a comment by Wolensky during a law firm meeting on sexual-harassment training.

“Why do I need to take sexual-harassment training?” he allegedly said. “I have insurance.”

Hurdle says she had two surgeries in 2020. When Wolensky learned about the second surgery, he allegedly responded: “You want a war? You got one. Take another offer.”

Another time, Wolensky allegedly lashed out at Hurdle after she told him in August 2021 that she did not want to be humiliated again. He allegedly responded: “Is that a threat? After everything I have done for you, [you] have now crossed the line. I think it is time we part from each other. Let’s try and make it amicable. I will talk to administration shortly.”

A few hours later, Wolensky told Hurdle that he was having a bad day, the lawsuit says. 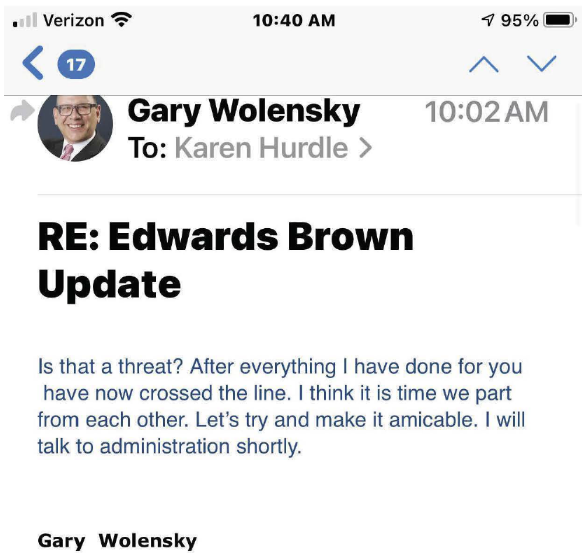 Hurdle went on a medical leave of absence in September 2021.

Wolensky did not immediately respond to an email message by the ABA Journal.

Buchalter gave a statement to Law360, saying it was “deeply committed to maintaining a respectful workplace environment for all of our colleagues.”