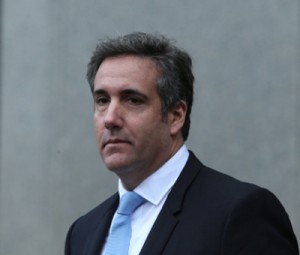 A business partner of Michael Cohen, President Donald Trump’s personal lawyer, has reportedly agreed to cooperate with the government.

The partner in Cohen’s taxi business, Evgeny Freidman, pleaded guilty Tuesday to evading $50,000 in taxes, though he was initially accused of failing to pay more than $5 million, the New York Times reports. The plea agreement calls for five years’ probation if he satisfies terms of the plea deal.

Freidman has been a longtime partner of Cohen’s. A person briefed on the matter told the Times that Freidman will assist prosecutors in state or federal investigations. According to the Times, the development “could be used as leverage to pressure Mr. Cohen to work with the special counsel examining Russian interference in the 2016 presidential election.”

Freidman was disbarred May 1, according to the Times.

A press release says Freidman will have to pay restitution of $500,000 within 30 days to the New York State Department of Taxation and Finance. He will have to pay another $500,000 when he is sentenced and will enter a confession of judgment in an amount not to exceed $4 million in favor of the state tax department.