The State Bar of California has established a task force to consider changes to ethics rules that currently limit emerging legal technologies and forbid nonlawyers from owning legal service companies.

The California bar made its announcement July 19, on the heels of receiving a report it commissioned on the state of the legal market to the bar from William Henderson, a professor at the University of Indiana Maurer School of Law.

The report notes that sectors of the legal market providing services to both people and corporations are struggling.

Henderson cited a National Center for State Courts report that looked at nearly 1 million civil cases from 10 urban counties and found that 76 percent of cases involved at least one party who was self-represented, which was roughly double the rate from a comparable study 20 years earlier.

Henderson showed in the report that unlike other personnel-heavy industries that have grown more expensive, like higher education and medicine, people are forgoing legal services.

Using U.S. Bureau of Labor Statistics numbers, Henderson’s report shows that in 1987, legal services made up 0.435 percent of spending allocation in the Consumer Price Index for urban consumers. In 2016, that number had dropped by more than 40 percent to 0.245 percent. College tuition and medicine saw increases in spending of 120.3 percent and 77.6 percent, respectively.

Fewer people seeking legal services led to a a decrease of this market sector by more than 10 percent between 2007 and 2011, at a loss of $7 billion. 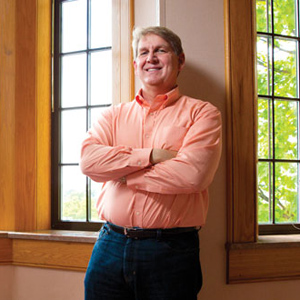 At the same time, cost pressure on corporate clients has led to more legal work going in-house and a rise of well-financed alternative legal service providers, which cut into the traditional corporate legal market.

The bar’s Board of Trustees commissioned Henderson’s report to study “online legal service delivery models to determine if regulatory changes are needed to support or regulate access through the use of technology.” The report was the first step in the bar’s research into how regulations may need to change, according to the Board of Trustees’ July 19 agenda notes.

It is unclear what impact this report or the coming task force will have. However, Henderson noted that “modifying the ethics rules to facilitate greater collaboration across law and other disciplines will (1) drive down costs; (2) improve access; (3) increase predictability and transparency of legal services; (4) aid the growth of new businesses; and (5) elevate the reputation of the legal profession.”

“Some U.S. jurisdiction needs to go first,” concluded the report’s summary. “Based on historical precedent, the most likely jurisdiction is California.”