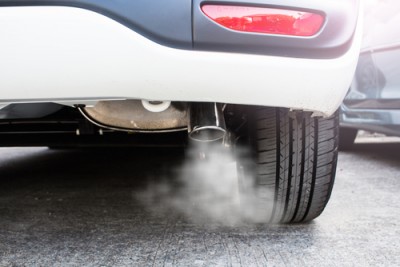 Seventeen states and the District of Columbia are challenging a Trump administration plan to roll back auto emissions rules.

California is leading the multistate coalition in the petition for review, filed Tuesday in the U.S. Court of Appeals for the District of Columbia, report the New York Times, the Washington Post, the (San Jose) Mercury News and the Wall Street Journal.

California alleges the Environmental Protection Agency acted arbitrarily and capriciously when it decided to set aside standards that were to take effect in 2022, according to a press release.

California Gov. Jerry Brown announced the lawsuit at a press conference. “You can’t, just like some tinhorn dictator, say I’m tearing up a rule that was built on two years of building up evidence,” he said.

The Clean Air Act authorizes California to set its own stricter standards for air pollution, which have been followed by a dozen other states, the Times explains. In 2012, California agreed to bring its regulations in accord with new standards set by the Obama administration, which sought to increase fuel economy for new vehicles by 2025.